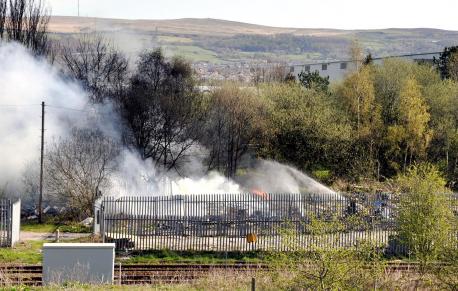 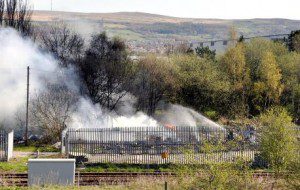 This picture of the potentially explosive incident in Blackrod, United Kingdom, was captured using the “air imagery unit,” which beams live images of fires to crews on the ground, giving them a clearer view of what they face.

The UAS was flown by watch manager Chris Rainford, who has a pilot’s license to remotely fly the aircraft. After a trial period, the drone could become an essential part of firefighting in Bolton and across Greater Manchester.

Paul Argyle, the fire service’s director of emergency response, said, “We are carrying out a three-month trial of an air imagery unit, which could help crews tackle fires more effectively.

“The unit can capture and record high-definition and infrared images and footage from the air to assist firefighters and officers dealing with a range of incidents where an aerial view would benefit them—such as moorland fires and incidents at large commercial sites.