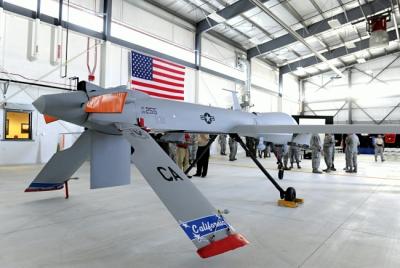 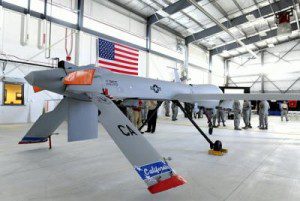 The drone is being flown by the 163rd Wing of the California National Guard at March Air Reserve Base in Riverside and is operating from Victorville Airport, both in Southern California. It generally flew over unpopulated areas on its 300-mile flight to the Rim Fire. Outside the fire area, it is escorted by a manned aircraft.

In late August, firefighters battling a giant wildfire burning in the Sierra Nevada in and around Yosemite National Park added a California National Guard Predator drone to their arsenal.

The MQ-1 unmanned aircraft, being remotely piloted hundreds of miles away, quickly alerted fire bosses to a new flare-up they otherwise wouldn’t have seen immediately.

Previously, ground commanders relied on helicopters that needed to refuel every two hours. While unmanned aircraft have mapped past fires, use of the Predator will be the longest sustained mission by a drone in California to broadcast information to firefighters in real time.