August 22, 2011
Stratospheric Drones on the Drawing Board 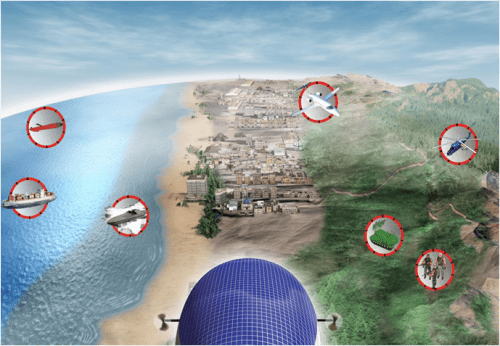 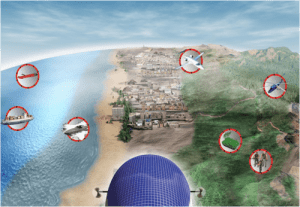 Straospheric drones may one day become part of an integrated system of Earth-observation sensors.

The new generation of unmanned aerial vehicles (UAVs) will be solar powered and could fly months or years above the jet stream between 60,000 and 70,000 feet, Ed Herlik, a lead analyst at Market Intel Group, said recently at the AUVSI 2011 symposium in Washington, D.C. And because of their design for long endurance missions, they aren’t made with any conventions for landing. Herlik led a discussion on stratospheric UAV payload applications for defense and commercial industries at the symposium, which was held Aug. 15-19, 2011.

“We knew how to fly these things in 2007, and they would have stopped the [improvised explosive device] threat. Flying at those altitudes you can see a whole bunch of stuff,” Herlik said.

According to Herlik, higher altitude flights allow for a wider area of surveillance. It would take 13 Predators or at least four Global Hawks to get the same amount of continuous ground coverage a stratospheric UAV could cover. He predicts that in the next 10 years, money being spent on mid-sized UAVs will eventually be rerouted to add these crafts to military fleets.

Continuous monitoring provided by a stratospheric UAV flying over a city would create a record of an attack that could be reviewed to yield information that would retrace an attacker’s footsteps back to where he originally came from.

One craft in development by DARPA looks like a giant blimp. Having one stationed over Baghdad “would provide total airspace knowledge and unprecedented ground vehicle tactical tracking across more than 80 percent of Iraq,” stated a 2008 DARPA report.

Other UAVs look more like NASA’s Helios prototype aircraft, which looks more like a flying solar panel than an airplane. Helios reached more than 96,000 feet in a test flight before it broke apart in flight after 40 hours.

Other defense applications for stratospheric UAVs include complete communications coverage over a wide area for troops on the ground, signals intelligence and a supplement to the U.S. missile defense system.

Commercially, Herlik said the systems could be an answer to LightSquared’s proposed plan for complete North American broadband coverage.

“It would take them 40,000 towers for [broadband coverage of] the contiguous United States,” Herlik said. “It would take 73 of these. I don’t think LightSquared is going to make it, frankly.”

But these craft will face their own regulatory hurdles. Because of FAA regulations, it may be a while before the airships are allowed to fly commercially in the United States. However, Herlik stated the view that once foreign markets pick them up, the United States will follow.

“In India and Brazil, they will take the technology, and they will start flying it, and then the commercial vehicle will come from overseas to here when the cell companies and Internet companies demand those foreign vehicles fly over here,” he said.

For now, business developers are focusing on the defense industry, because “that’s where the money is,” he said.