June 5, 2012
State of the Sea at Start of Hurricane Season 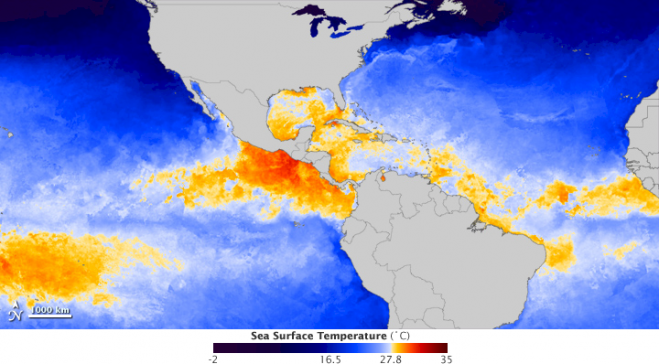 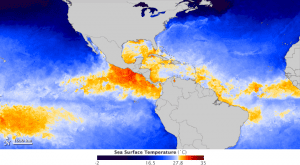 The map, which shows sea surface temperatures (SSTs) in the tropical Atlantic Ocean and tropical eastern Pacific onMay 30, 2012, was built with data from the Microwave Optimally Interpolated SST product. It is a NASA-supported effort at Remote Sensing Systems, a research-oriented business in Santa Rosa, Calif.

Researchers combine observations and analyses from NASA’s Tropical Rainfall Measurement Mission and Aqua and Terra satellites, as well as the U.S. Navy’s WindSAT instrument on the Coriolis satellite (operated jointly with the Air Force).

The Hurricane Research Division of the National Oceanic and Atmospheric Administration (NOAA) announced onMay 24, 2012, that it is expecting a near-normal season, with nine to 15 named storms and four to eight hurricanes. According to NOAA, an average season between 1980 to 2010 produced 12 named storms with six hurricanes, including three major hurricanes.