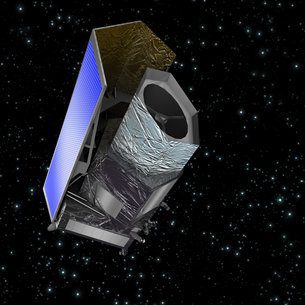 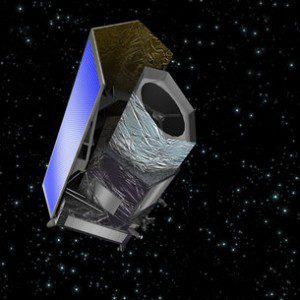 NASA’s WFIRST project, using donated NRO telescopes, could complement the European Space Agency’s Euclid project, shown here. Euclid would use a wider, shallower survey, and the proposed WFIRST design could then go in and probe in more detail, according to researchers.

A pair of powerful telescopes from a failed spy satellite program, donated by the National Reconnaissance Office to NASA, could be repurposed to probe space for dark energy.

Astronomers already came up with a design that would incorporate the spy telescope into the proposed Wide Field Infrared Survey Telescope (WFIRST), a high-priority NASA mission that would hunt for the mysterious dark energy that’s accelerating the universe’s expansion.

Though a final review and economic analysis won’t be released until April 2013, the new design based on the donated scopes would boost WFIRST’s abilities significantly, some researchers say. But the concept could also require more power and a bigger launch vehicle, potentially raising the project’s roughly $1.5 billion price tag.

Though the cost analysis won’t be completed until April, several factors could make a souped-up WFIRST as pricey as building the original designs from scratch—or perhaps even more expensive. Because the gifted scope has a larger mirror, it will run hotter—currently at 59 degrees Fahrenheit (15 degrees Celsius).

To improve its ability to operate deeper into the infrared spectrum, the design team is hoping to cool it to minus 10 degrees Fahrenheit (minus 23 degrees Celsius). The big telescope might also require a bigger launch vehicle—possibly one that doesn’t yet exist.