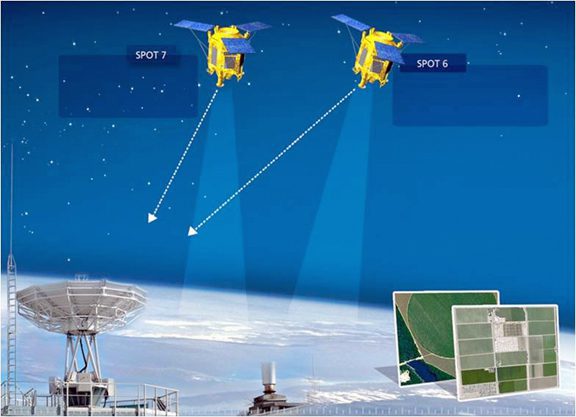 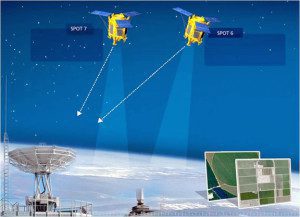 The SPOT 6/7 constellation considerably improves the capabilities and performance offered by SPOT 5, which has been in operation since 2002 and is scheduled to be decommissioned from commercial service during the first quarter of 2015.

The SPOT 7 Earth observation satellite, designed and developed by Airbus Defence and Space, was launched on June 30, 2014, from the Satish Dhawan Space Centre in India. It will now join the orbit in which its twin, SPOT 6, and the very-high-resolution observation satellites Pléiades 1A and 1B are located, and will be positioned at 180 degrees in relation to SPOT 6. After it has undergone a period of tests in orbit, Airbus Defence and Space’s optical constellation will be at its full operational capacity.

The company will thus operate a constellation of four optical satellites that will open up opportunities for new applications, providing the latest images within an unprecedented time frame. This means that every day, every point on the globe can be viewed both in high resolution by a SPOT satellite and in very high resolution by a Pléiades satellite. While SPOT 6 and 7 will cover wider areas with a resolution of 1.5 meters, Pléiades 1A and 1B will be focused on more targeted zones with a greater level of detail (50 cm products).