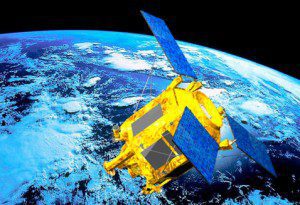 SPOT 6 (shown here) and SPOT 7 will be operated by Astrium Services in coordination with the two PlÃ©iades satellites, which will be in the same orbit.

SPOT 6, the new Earth observation satellite built by Astrium, is ready for launch. It will be transferred in the coming days from the Astrium Satellites facility in Toulouse, France, to the Satish Dhawan Space Center in India where it will be integrated with the PSLV launcher that will carry it into orbit.

SPOT 6 is a high-resolution optical Earth observation satellite. Like its twin SPOT7, which is slated for launch early 2014, SPOT 6 will have a 60-km swath width and produce imagery products with a resolution down to 1.5 meters. SPOT 6 and SPOT 7 will ensure service continuity from the SPOT 4 and SPOT 5 satellites, which have been operating since 1998 and 2002, respectively.