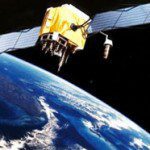 On June 7, Astrium held an event at its Madrid Barajas site to present the PAZ satellite to senior government figures, space industry representatives and the media. The event was attended by the Spanish Defence Minister, Carme ChacÃ³n; the Secretary of State for Defence, Constantino MÃ©ndez; and the Secretary of State for Industry, Teresa Santero. Various representatives of the Spanish Armed Forces, political groups and industry also attended.

As the satellite's prime contractor, Astrium in Spain has participated in the development of the platform both through its project team in Madrid and through staff seconded to Germany. The Barajas site is also currently engaged in building the synthetic aperture radar (SAR) instrument, which will be integrated with the platform during the next 12 months. The instrument will use a new, advanced radar antenna developed by Astrium in Spain, which incorporates multilayer printed circuit technology.

The complete satellite has an estimated mass of 1,400 kilograms and will be 5 meters high and 2.4 meters in diameter. It will also incorporate two secondary instruments: the Radio Occultation and Heavy Precipitation Experiment and an Automatic Ship Identification System (AIS).

The PAZ satellite is scheduled to be launched at the end of 2012. Once in orbit, the imaging satellite will be able to function in any type of weather conditions, day and night. It will provide around 100 images a day, covering an area of more than 300,000Â km2.

PNOTS is being developed by the Ministry of Defence and the Ministry of Industry, Trade and Tourism. PAZ will be owned and operated by HISDESAT Servicios EstratÃ©gicos, S.A.