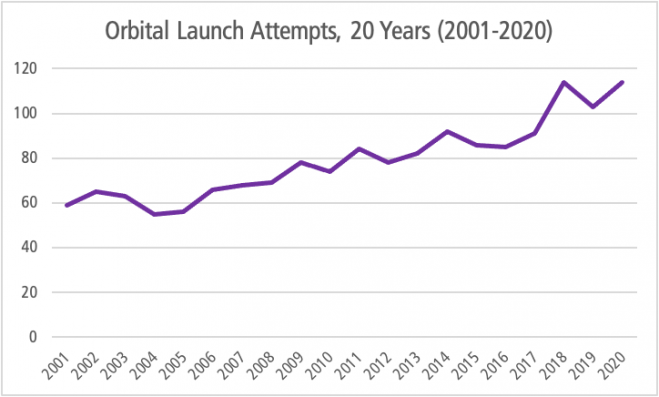 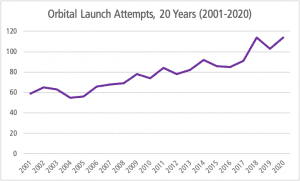 Driven by the pace of SpaceX and OneWeb, as the two companies build out their low Earth orbit (LEO) broadband constellation networks, communications satellite deployments in 2020 climbed 477 percent compared to 2019.

Communications satellites weren’t the only source of growth. Preliminary totals from NORAD place the number of 2020 spacecraft deployments at more than 1,200—triple the amount deployed in 2019, according to The Space Report 2020 Q4.

Orbital launches were also up—to 114 in 2020, compared with 103 in 2019—and approached the high pace of the Space Shuttle era. The combined orbital launch rate from the last five years is the highest five-year total since 1986-1990, and more than 20 percent higher compared to the next most-recent five-year period of 2011-2015. Eight new launch vehicles debuted in 2020, the highest number in a decade.