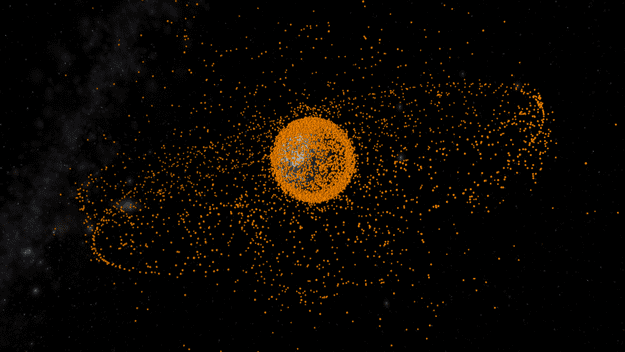 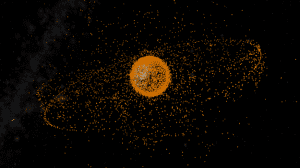 A recent IMAX film, “Space Junk 3D,” journeys into space around Earth, revealing how space debris endangers human safety and how scientists are trying to deal with the crisis.

Created by Melrae Pictures, the film tells the story of how we’ve reached the tipping point in low Earth orbit, potentially jeopardizing space exploration for future generations. Modern civilization relies heavily on satellites for many conveniences of 21st century life. The alarming fact is that we have created a minefield in space.

Since the dawn of the Space Age in 1957, thousands of artificial satellites have been launched and only around 1,000 are still in operation. Through these years, many space vehicles were also launched with astronauts on board, such as the Apollo spacecrafts, Skylab, Soyuz and space shuttles, to carry out various missions.

These missions have left behind huge amounts of debris, including bolts, connecting rings, rocket parts, left-over fuel and more. Together with defunct satellites, they have created an orbiting junkyard of unwanted space debris.

The possible tragic consequences of this orbiting debris were identified by Donald Kessler, ex-head of NASA’s Orbital Debris Office, giving rise to The Kessler Syndrome. Kessler predicted that random collisions among these man-made objects would produce debris more dangerous than natural meteoroids in space. The resulting chain reaction could create clouds of debris, hinder space exploration, and be a hazard to satellites and manned spacecraft, seriously affecting our daily lives.

In 2009, two satellites belonging to Russia and the United States, namely Cosmos 2251 and Iridium 33, collided in orbit. This was the first time that two satellites had collided, producing more than 2,000 pieces of debris.