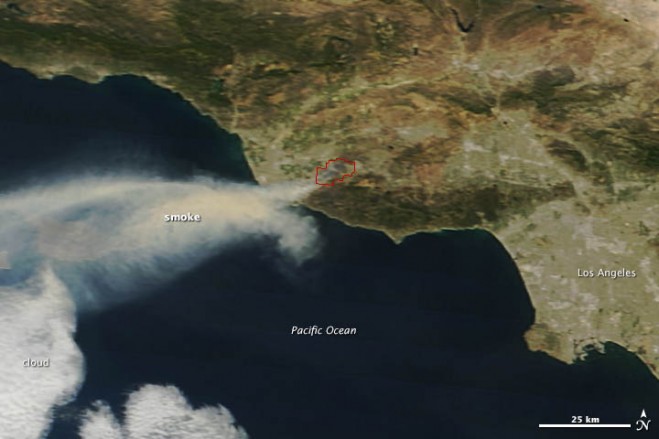 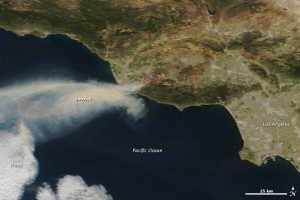 NASA’s Terra satellite captured this image of a fire burning about 50 miles northwest of Los Angeles at 11:15 a.m. Pacific Daylight Time on May 2, 2013. The fire, which was being fought by more than 900 firefighters on the ground and 14 water-dropping helicopters and planes, was 10 percent contained by the morning of May 3.

The National Interagency Fire Center has predicted that fire season in California could be earlier than normal due to scarce winter and spring precipitation. Meteorologist Jeff Masters of Weather Underground noted that “an unusually sharp ridge of high pressure has set up, bringing record high temperatures, a strong Santa Ana wind event and dangerous fire weather.”

Temperatures in Southern California were above 90° Fahrenheit in many places, with humidity as low as 5 percent.