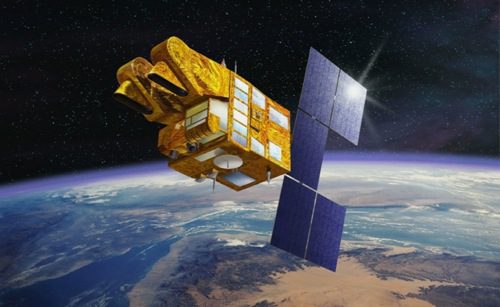 The Spot 5 satellite has been in service since 2002.

Assembled from imagery collected from Jan. 24 to Dec. 20 last year, a new satellite image mosaic of South Africa is known as the Spot 5 Mosaic 2011.

A total of 952 images were acquired, most during the winter when cloud cover is minimal over most of the country. “Cloud cover is always a problem,” she observed.

The merging of the two types of image to form the scene is done automatically. “But, sometimes, there is a glitch in the process,” said Diemer. “So every scene needs to be checked manually. My team does this.”

“We send out about 30 discs,” she reported. Each province gets one, with the data for its territory; others go to the presidency, government departments and government agencies such as South African National Parks.

In addition, Sansa Earth Observation supplies discs containing each scene separately and providing both the final scene and the two images that make it up. These discs are used for scientific research and are supplied, for example, to universities. About 15 such discs are issued.

The first Spot 5 mosaic of the country was compiled in 2006.