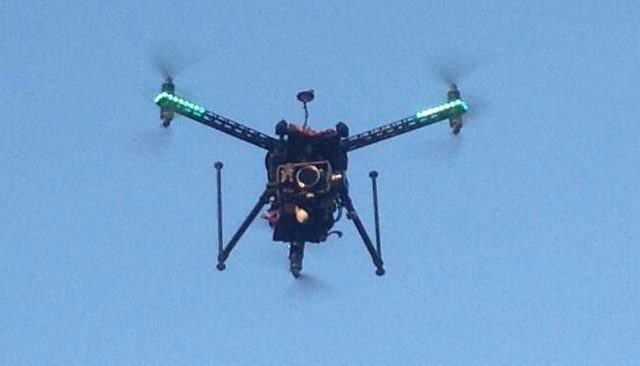 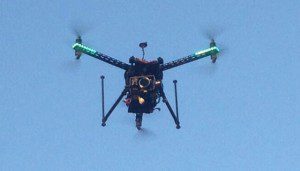 A small copter drone, carrying a remote-controlled camera, hovers outside the hospital where Nelson Mandela is in critical condition.

On June 28, 2013, a dozen police officers apprehended a man who flew a camera-equipped drone over the Pretoria hospital where former president Nelson Mandela was being treated.

The “multicopter” had a rotating camera and was in the sky for a few minutes. A multicopter looks like a spider, with several arms attached to a central control unit. A rotor is mounted on the end of each arm.

Police rushed to the area as soon as the gadget landed in the hands of one of the controllers. Hundreds of people, including journalists, mobbed the officers as they escorted the man and his helicopter into the hospital. Minutes later, police officers returned and took the gadget’s remote control from another man.

The helicopter apparently belonged to FC Hamman Films, a private film company. It wasn’t clear what police did with the man or the helicopter.