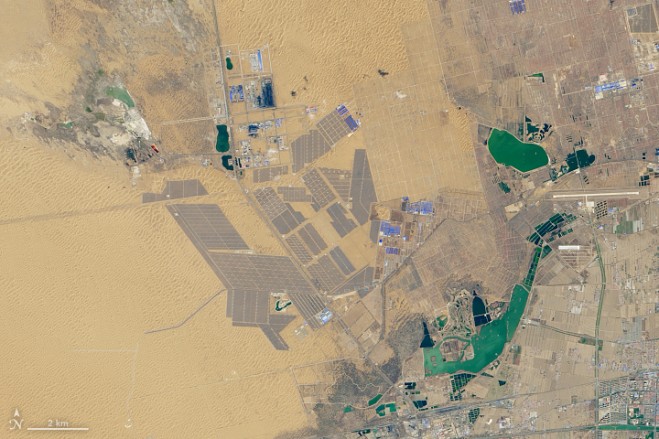 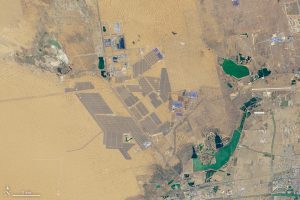 But don’t expect the Tengger facility to hold that “largest” status for long. Work is ongoing on even larger solar projects in India, Egypt and the United States.

The completion of the Tengger facility helped push China’s installed solar capacity above 176 gigawatts. The country is, by far, the world’s leader in terms of installed capacity, with about 32 percent of the global total, according to data published by the International Energy Agency. China is followed by the European Union (115 gigawatts) and the United States (62 gigawatts). Germany (45 gigawatts) leads among countries in the European Union.

However, Tengger’s 1.5 gigawatt capacity does not mean 100 percent of the energy gets used. Most people in China live in the eastern part of the country, but most large solar parks are in deserts in the northwest, where demand for power is low. There are some big technical hurdles in transmitting power generated in these far-flung places to where it can be used.