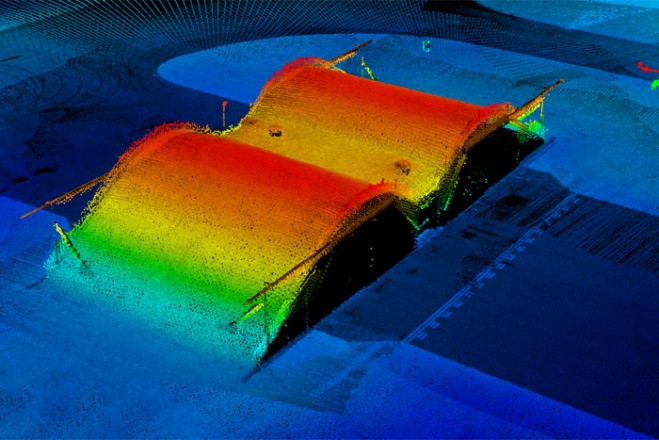 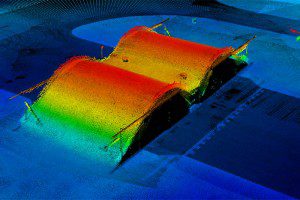 This laser image of a hangar was acquired by an Aeroscout drone.

The Aeroscout Scout B1-100 unmanned aircraft system (UAS) is an INS/GPS-controlled unmanned helicopter with a free payload capacity of up to 18kg. This payload capacity makes it possible to integrate digital cameras, video camcorders, laser scanners or multispectral sensors.

The integration of the inertial + GPS systems means the helicopter gets invaluable measurements of position, velocity, and roll and pitch, which are essential for correcting the on-board sensors. Two GPS antennas ensure accurate and stable heading measurements during the flight. Optimal vibration isolation of the sensors on-board and a smoothly running engine further minimize the possibility of erroneous data.