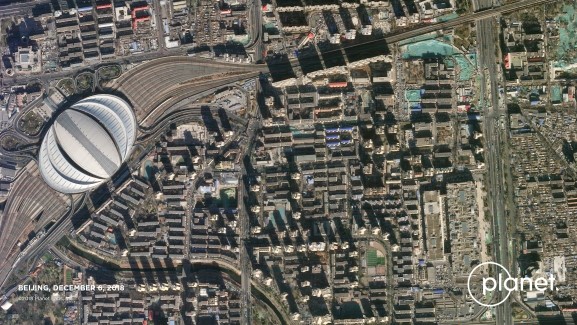 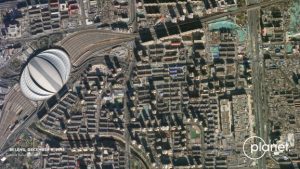 Imagery of Beijing was captured by an SSL-built SkySat.

Earth Observation satellites built for Planet by SSL are now receiving initial imagery. SkySats 14 and 15 were launched on Dec. 3, 2018, from Vandenberg Air Force Base on Spaceflight’s first Sun Synchronous dedicated rideshare mission aboard a SpaceX Falcon 9. The first imagery was received on Dec. 5.

With this launch, there are 15 SkySats on-orbit, 13 of which were built by SSL. They feature 72-centimeter resolution and complement Planet’s Dove constellation.