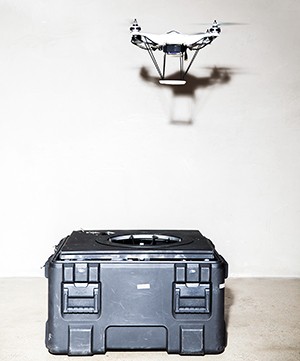 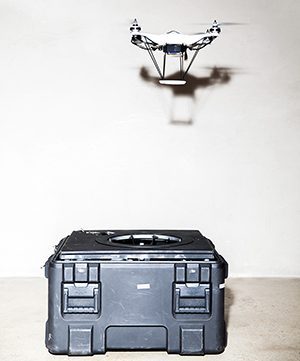 Ground stations are key to scaling drones as a data-collection tool, according to Skycatch founder and CEO Christian Sanz. As long as they have a power source, the drones can take off and land indefinitely without direct human intervention—and it’s this automation that could turn them into a service that companies can use rather than maintaining their own expensive toys.

At an open-pit mine, blowing stuff up is just part of the daily grind. But that doesn’t mean the danger disappears. If a truck drives out onto a blast site and over a piece of explosive that failed to go off, the result could be catastrophic. But Christian Sanz, the CEO and founder of aerial drone startup Skycatch, says that at least one mining outfit is now using his quadcopters to make these sites safer.

A drone launched from a remote landing station shoots video of a blast, and mine personnel play back the video in slow motion to make sure all the charges were detonated. That, Sanz says, is just of one of a vast number of ways that Skycatch drones can open new windows onto the landscape below through data collection.

Skycatch doesn’t sell its drones. It leases their talent for data collection in much the same way that cloud services from Amazon and Google rent access to computing power. Instead of managing their own fleets of unmanned aerial vehicles, he explains, companies can tap into a scalable fleet operated by Skycatch—and into the insights these extra eyes in the sky can send back to Earth.