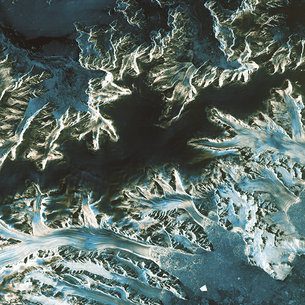 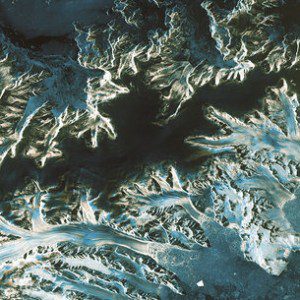 Acquired on April 13, 2014, by Sentinel-1A, this image shows a transect over the northern part of the Antarctica Peninsula. The colors indicate how the land, ice and water reflect the radar signal differently.

The European Space Agency’s Sentinel-1A satellite’s first radar images of Earth give a tantalizing glimpse of the kind of operational imagery the new mission will offer Europe’s environmental monitoring program.

The European Commission leads the Copernicus program and coordinates a broad range of services to improve environmental management and safeguard lives. The European Space Agency is responsible for developing the family of Sentinel satellites and ensuring the data stream is available for these services.

Sentinel-1A captured an image of Belgium on April 12, 2014, just one day after the satellite was put into its operational attitude, demonstrating its potential radar vision. Since it was launched, Sentinel-1A has undertaken a complicated routine to deploy its 12-meter-long radar and two 10-meter-long solar wings as well as passing a series of initial instrument checks.

The satellite isn’t yet in its operational orbit, nor is it calibrated for supplying true data. These tasks will be carried out during the commissioning phase, which will take about three months to complete. The preliminary set of images simply offers a taste of what’s to come.

Read the full story and view the first Sentinel-1A image of Brussels.