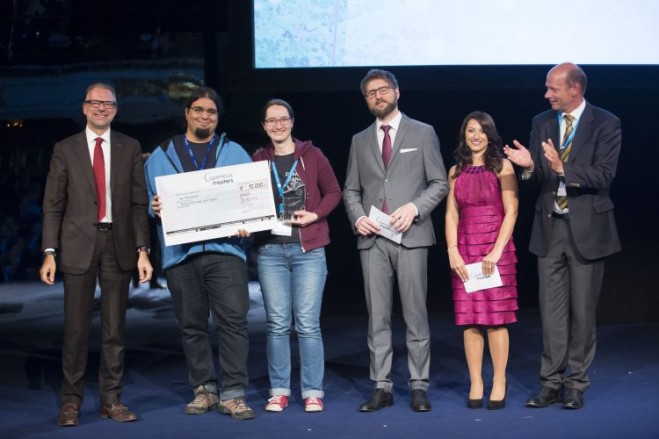 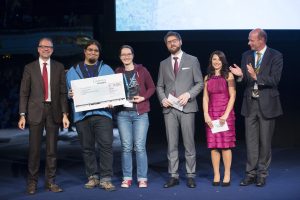 Earth-observation satellites produce tremendous amounts of data, but downloading, processing and storing petabytes of data has posed major challenges to many user groups. Sentinel Hub makes it possible to browse, process and distribute large amounts of data quickly and efficiently—even for non-expert users. Thanks to its ability to integrate into any GIS or web application, this online service is poised to fundamentally affect the daily work routines of developers, scientists and many other target groups.

“According to a recent PWC study, Copernicus has become the third-largest data supplier in the world. Sentinel Hub significantly simplifies the way users can access and process satellite data," explained Dr. Josef Aschbacher, ESA’s director of Earth Observation Programmes, at the awards ceremony in Madrid.