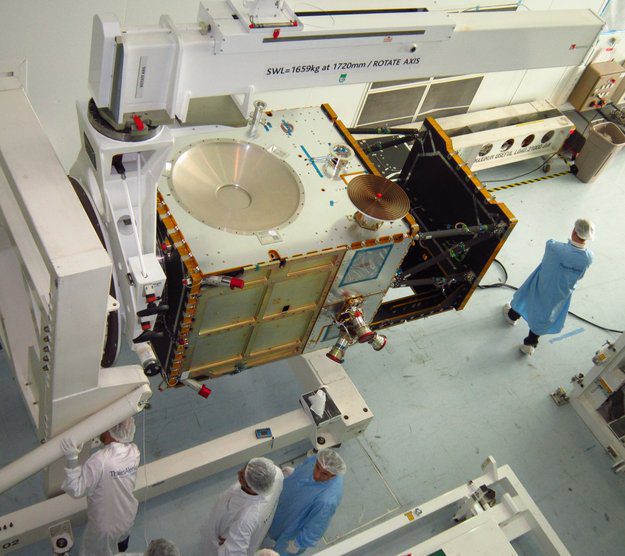 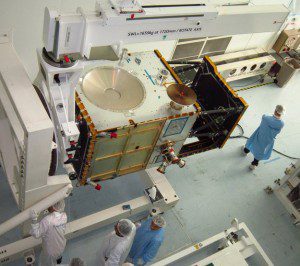 On Feb. 27, 2013, the Sentinel-3 satellite arrived at Thales Alenia Space in Cannes, France, where its instruments will be integrated and tested in preparation for a 2014 launch.

The European Space Agency’s Sentinel-3 satellite platform now is in France where instruments will be installed and tested for a sophisticated new mission to monitor Earth.

Once complete, Sentinel-3 will host an array of state-of-the-art instruments that focus mainly on measuring different aspects of ocean waters. The new technology will lead to a better understanding of the marine environment as well as that of the land, atmosphere and cryosphere.

The mission, which eventually will operate as a pair of satellites, is dedicated to providing data for services that will be offered through Europe’s Global Monitoring for Environment and Security program, recently renamed “Copernicus.” The first Sentinel-3 satellite is due to be launched in 2014.