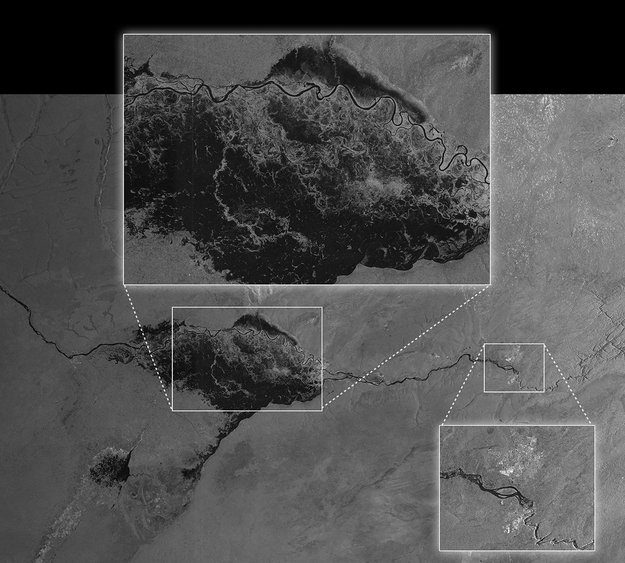 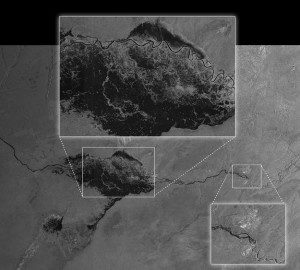 Acquired on April 13, 2014 by Sentinel-1A, this image shows the extent of flooding in the Caprivi Plain from the Zambezi River in Namibia. The image was downloaded two hours after acquisition, and the resulting products were available in less than an hour. Such images can be taken in adverse weather conditions and during the dark, demonstrating the value of Sentinel-1’s radar vision.

One of the European Space Agency’s Sentinel-1 satellite’s first images was crucial in helping Namibian authorities decide how to respond to a serious flood.

In recent years, floods in Namibia have affected hundreds of thousands of people, destroying homes and washing away vital crops and livestock. In this region, floods also bring further suffering in the form of disease, such as malaria and cholera.

Monitoring these devastating floods is normally hampered by the weather because sensors on aircraft can’t see through the clouds and are limited to relatively small areas. It is also impractical to try to access remote flood-stricken areas on the ground. Therefore, satellites carrying radars, with the capability of imaging through clouds and during the dark, are essential for monitoring floods.