Sense and Avoid for Drones Advances 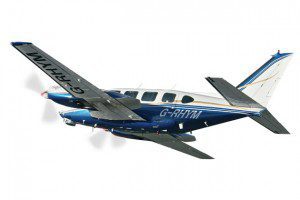 U.K.-based 2Excel is testing its sense-and-avoid system on a Piper Navajo fixed-wing aircraft. Pilots have created a database of 1,300 near misses to train the software.

In most countries, civilian air authorities such as the U.S. Federal Aviation Administration don't permit UAVs to fly in the same airspace as conventional aircraft. A key stumbling block is the so-called sense-and-avoid problem”drones must be able to visually recognize other planes and then act to avoid midair collisions as well as human pilots can. Building computerized systems that can do that has been the Holy Grail of the unmanned world, says Rose Mooney, co-chair of RTCA's Special Committee 203, an industry group working to make drone flights permissible in the United States.

2Excel believes it may have a solution. Partnering with Italy's Selex Galileo, a maker of military electronics, 2Excel has built a relatively inexpensive sense-and-avoid system using off-the-shelf cameras and computers.