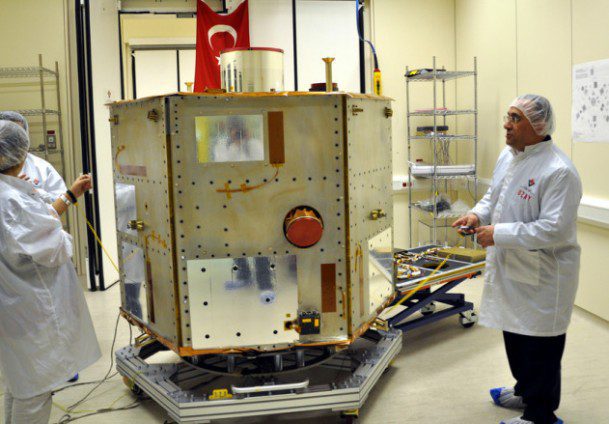 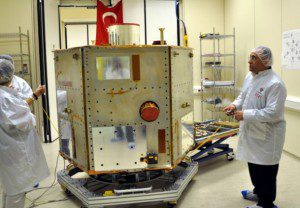 Turkey’s Gokturk-2 Earth observation satellite weighs 450 kilograms and has a resolution of 2.5 meters. The satellite’s computer and software were fully manufactured in Turkey.

Turkish officials said the 400-kilogram Gokturk-2, made mainly in Turkey but with an optical imager provided by South Korea, was safely in orbit at nearly 700 kilometers in altitude and had sent signals to a ground station in northern Norway.

The satellite was launched aboard a Chinese Long March 2D vehicle operated from the Jiuquan Satellite Launch Center in Gansu Province. It was the 19th launch of a Chinese Long March rocket, all variants included, for 2012—a year Chinese launch service officials had forecast would be particularly active for the rocket line.

Gokturk-2 is Turkey’s second EO satellite, following the small Rasat satellite launched in 2011 aboard a Russian-Ukrainian Dnepr rocket. Rasat has a ground resolution of about 7.5 meters, meaning it can detect objects of that diameter and larger. Gokturk-2 has a 2.5-meter resolution and includes 15 gigabytes of image storage capacity.

Turkish Science, Industry and Technology Minister Nihat Ergun said before the launch that Gokturk-2 should be seen as an investment in high technology and a signal of Turkey’s determination to have its own, restrictions-free use of EO imagery.