Searching for Genghis Khan from Space 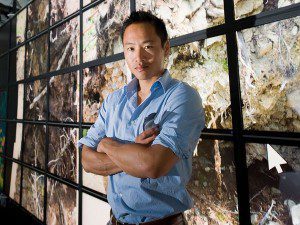 In the spring of 2008, Dr. Lin initiated a research project using a new, noninvasive approach to search for the tomb of legendary Mongolian leader Genghis Khan.

In the spring of 2008, Dr. Lin initiated a research project using a newly formulated, noninvasive scientific approach to search for the tomb of legendary Mongolian leader Genghis Khan. The GeoEye Foundation awarded Dr. Lin’s team a grant of high-resolution satellite imagery used to define the landscape and create accurate maps for the expedition. Using satellite data and noninvasive, ground-based imaging, the team could identify and study dozens of archeological sites, including ancient burial mounds.

With these locations accurately established, Mongolian officials can take protective measures to safeguard these international treasures, preserve the land and protect their cultural history. Dr. Lin’s methodology is summarized in a paper published by the peer-reviewed IEEE journal entitled, “Combining GeoEye-1 Satellite Remote Sensing, UAV Aerial Imaging, and Geophysical Surveys in Anomaly Detection Applied to Archaeology.” The main findings are expected to be published separately next year.

“We congratulate Dr. Lin for his exciting discoveries, said Mark Brender, executive director of the GeoEye Foundation. “We are proud that GeoEye’s satellite imagery was used in this innovative and creative fashion. His work demonstrates the immense range of applications satellite imagery can offer to historical, archeological and cultural studies.”

During the summer of 2010, GeoEye’s satellite images were used in a National Geographic Society crowdsourcing project, “Field Expedition: Mongolia,” allowing “citizen archeologists” to view images of the Forbidden Zone of Northeastern Mongolia online and plot locations visible from space where Lin’s team should investigate in near real-time. This unique model for combining crowdsourced image analysis with on-the-ground verification is a model that can revolutionize archaeology and many other fields.

“Ultra-high resolution satellite imagery has provided a perspective of our Earth that was unimaginable only a few years ago, said Dr. Lin. This project is only a small example of the power of this data revolution. We are now able to map all the various ways in which we interact, inhabit and alter our world. I am grateful for the vision of the GeoEye Foundation in making these valuable resources accessible to advance my research and foster innovation.”