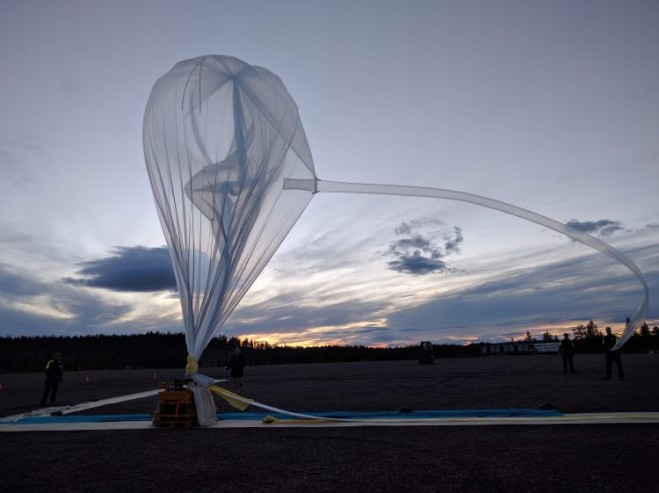 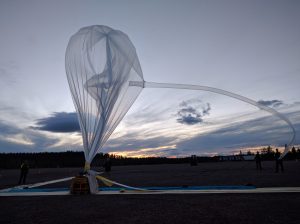 A BARREL balloon inflates on the launch pad at Esrange Space Center near Kiruna, Sweden, on Aug. 29, 2016. (Credit: NASA/Dartmouth/Alexa Halford)

Funded by NASA, BARREL studies X-rays in Earth’s atmosphere near the north and south poles. These X-rays are caused by electrons that rain down from the Van Allen belts, giant swaths of radiation that surround Earth. Understanding this radiation and its interaction with Earth’s atmosphere helps better protect satellites that orbit near Earth.

In addition to X-ray instruments, several BARREL balloons carried one of two student-built instruments: one studied the total electron content of Earth’s ionosphere, and the other measured low-frequency electromagnetic waves that help scatter electrons from space down into Earth’s atmosphere.

BARREL is led by Dartmouth College in Hanover, N.H. The undergraduate student instrument team is led by the University of Houston and funded by the Undergraduate Student Instrument Project out of NASA’s Wallops Flight Facility at Wallops Island, Va.

“We designed and built 45 balloon payloads, carried out eight test flights and 55 science flights, managed the logistics of campaigns from four different locations, and obtained an incredible amount of data that will continue to be analyzed for years to come,” said Robyn Millan, principal investigator of BARREL and a space scientist at Dartmouth College. “I am so proud of our team for all of their hard work, dedication and accomplishments.”