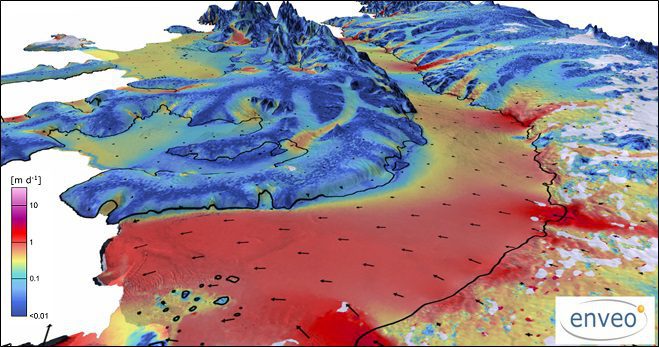 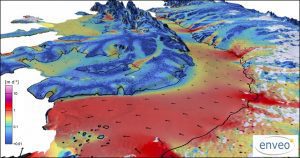 The study in Geophysical Research Letters combines more than 24 years of radar data from satellites including the European Space Agency (ESA) Envisat and ERS missions as well as from the Copernicus Sentinel-1 mission.

Radar is particularly suited for monitoring polar regions that are prone to bad weather and long periods of darkness, because it can collect information regardless of cloud cover, day or night. Mapping 30 glaciers in the region, the research team found that between 1992-2016, most of the glaciers sped up by 20-30 centimeters per day. This is equivalent to an average 13 percent increase in flow speed across the area as a whole.

The team also combined satellite observations with an ice-flow model to fill in gaps where no satellite data were available. This allowed scientists to estimate that the glaciers’ speed increase led to the discharge of 15 cubic kilometers of ice per year into the surrounding ocean.