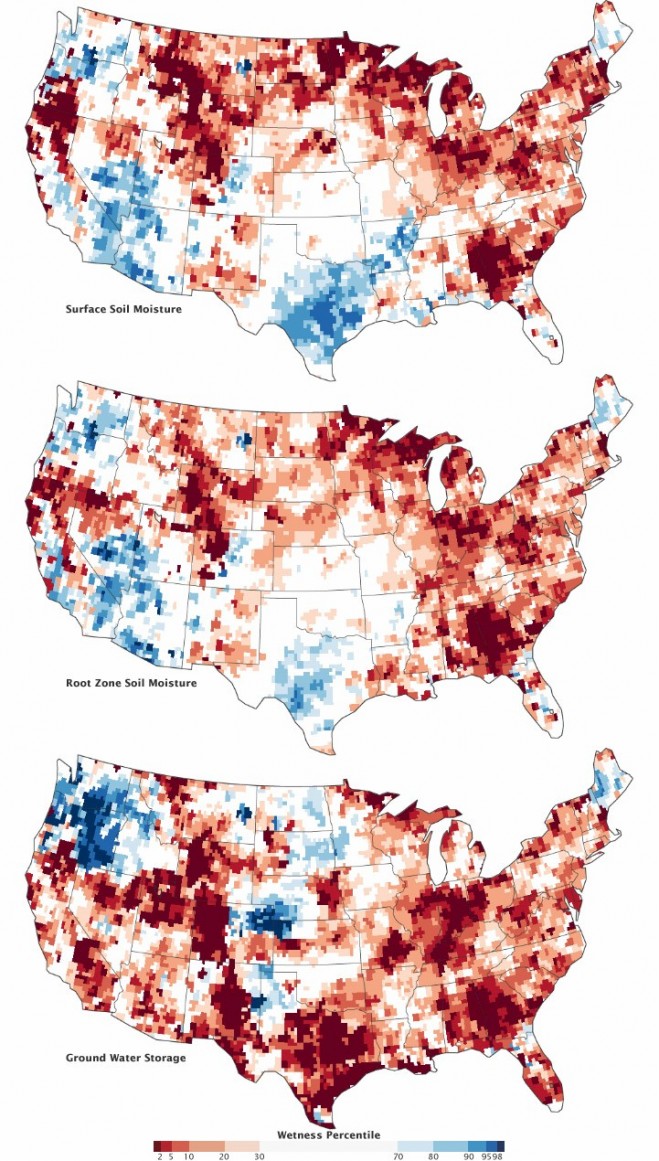 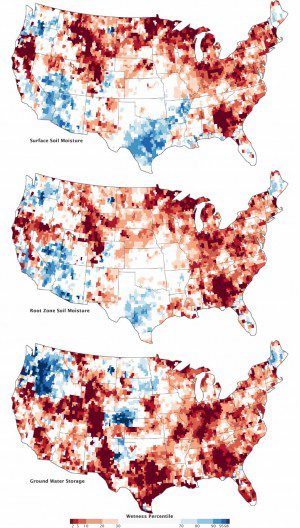 The top map shows moisture content in the top 2 centimeters (0.8 inches) of surface soil; the middle map depicts moisture in the “root zone,” or the top meter (39 inches) of soil; and the third map shows groundwater in aquifers.

Despite some recent relief, a pair of NASA satellites shows that the deep 2012 U.S. drought still lingers in the underground water supplies often tapped for drinking water and farming.

These maps combine data from the twin satellites of the Gravity Recovery and Climate Experiment (GRACE) mission with other satellite and ground-based measurements to model the relative amount of water stored near the surface and underground as of Sept. 17, 2012.

In all three maps, September 2012 conditions remain significantly drier than the norm, particularly in the eastern third of the United States, the Midwest, the High Plains and Rockies as well as along the California–Oregon border. Surface and root moisture recently rebounded in the south central and southwestern states, largely due to Hurricane Isaac and other rainfall in 2012. But even there, the severe droughts of 2011 and 2012 persist below ground in aquifers. Groundwater supplies in the Southeast, the Rockies, the Midwest, New Mexico, and Texas are still far below the norm, according to GRACE.

Images courtesy of NASA and the National Drought Mitigation Center at the University of Nebraska-Lincoln.