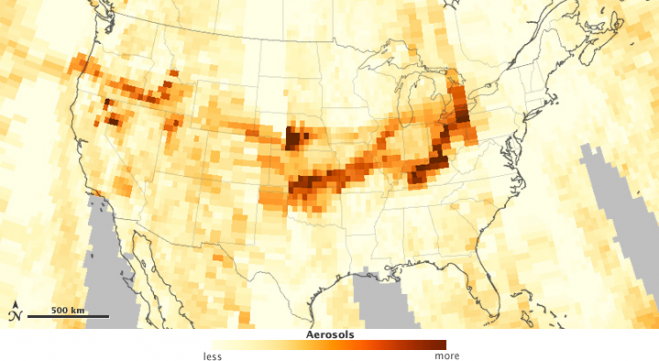 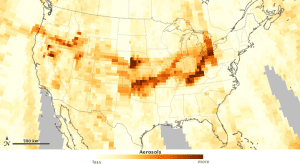 On Aug. 16, 2012, the “Smog Blog” at the University of Maryland-Baltimore County reported that, based on satellite data, dense smoke stretched from the West Coast to the Great Lakes and northward into Canada. Thinner smoke persisted across most of the United States.