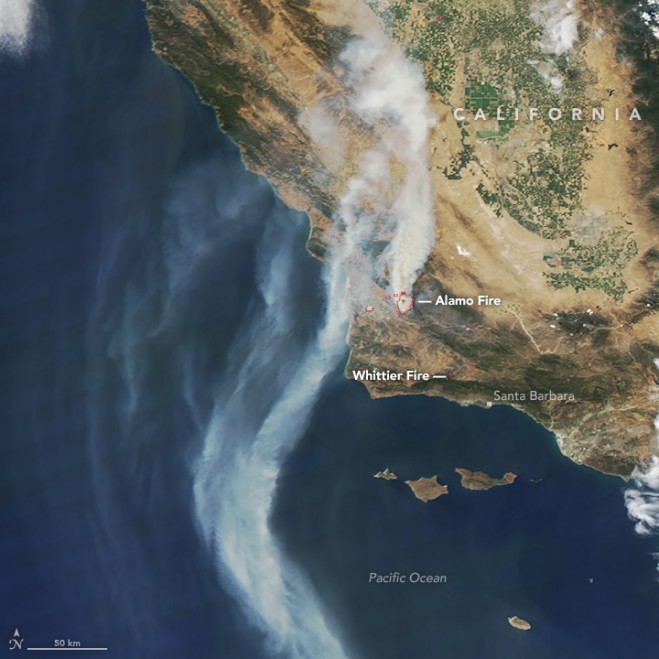 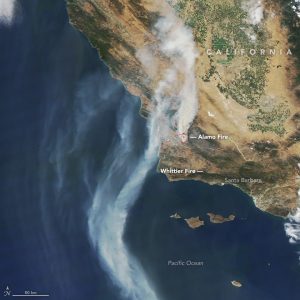 Countervailing winds at different levels of the atmosphere pushed smoke plumes from the Alamo fire in opposing directions. As the fire grew in intensity, more smoke billowed higher into the atmosphere, where the mid-levels winds began to push it northward.

According to National Interagency Fire Center statistics, 3.1 million acres of wildfires have burned in the United States between Jan. 1, 2017 and July 7, 2017, above the average of 2.4 million acres for the last 10 years.