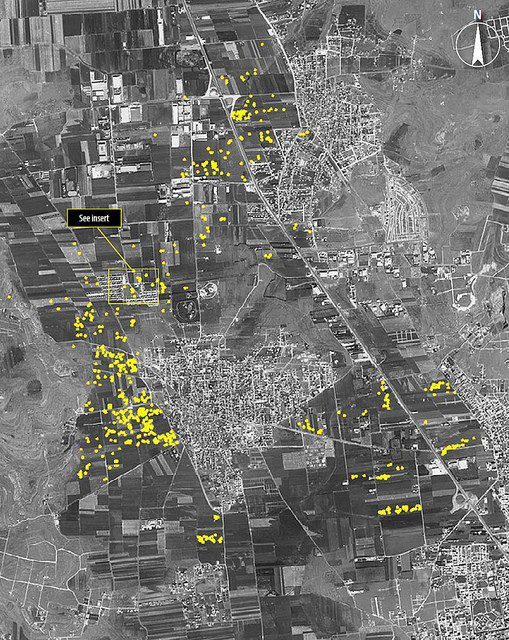 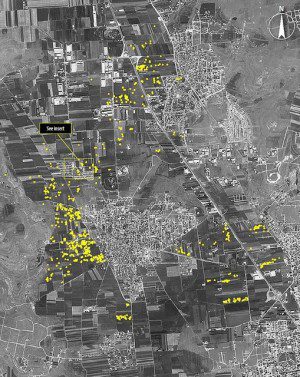 Yellow dots on this DigitalGlobe satellite image depict more than 600 craters, most likely from artillery shelling, in Anadan. The images were collected from July 23 to Aug. 1.

Amnesty International USA said the images, obtained from commercial satellites from July 23 through Aug. 1, show more than 600 craters, probably from artillery shelling, dotting Aleppo’s surrounding areas. The craters are represented with yellow dots. One image, from July 31, showed craters next to what looked like a residential housing complex in the nearby town of Anadan, according to Amnesty analysts.

According to NBC.com, an Amnesty International USA spokesman says the organization is sending a clear message to both sides in the fighting—any attacks against civilians will be documented clearly so those responsible can be held accountable.