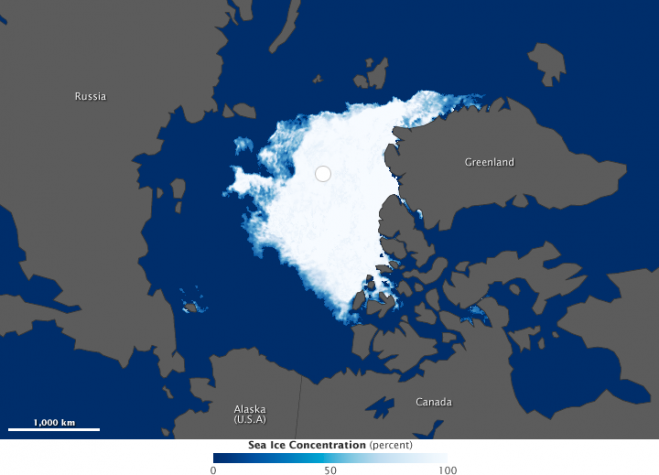 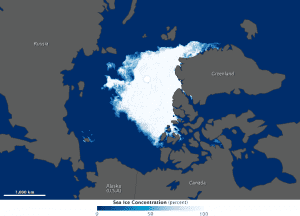 This 2012 map was compiled from observations by the Advanced Microwave Scanning Radiometer 2 sensor on the Global Change Observation Mission 1st-Water (“Shizuku”) satellite, which is operated by the Japan Aerospace Exploration Agency.

In August and September 2012, sea ice covered less of the Arctic Ocean than at any other time since at least 1979, when the first reliable satellite measurements began. 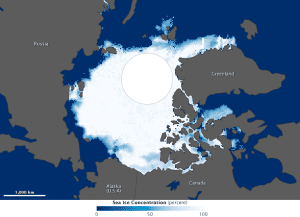 This 1984 image was made from observations by the Scanning Multichannel Microwave Radiometer on the Nimbus-7 satellite. The sea ice has a blocky appearance because that sensor had coarser resolution.