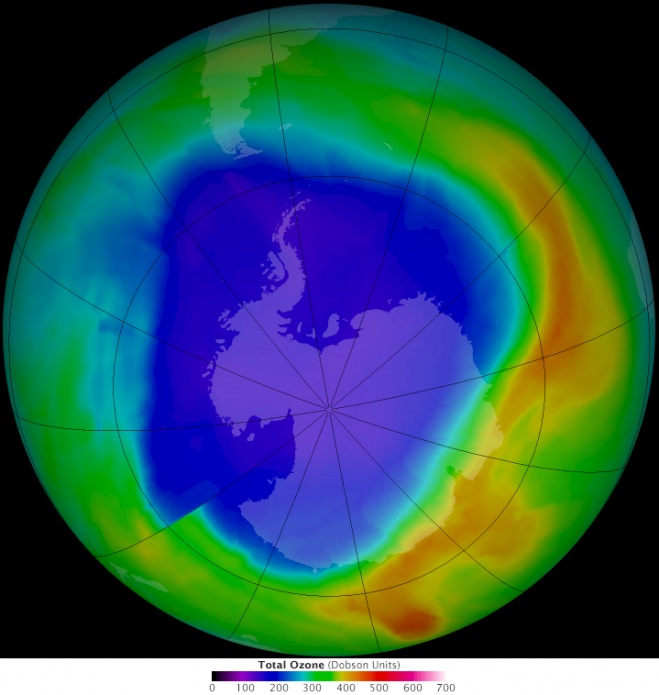 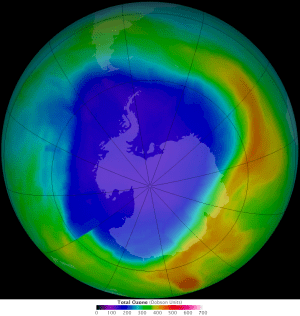 This image shows ozone concentrations over the South Pole on Sept. 16, 2013, as measured by NASA’s Aura Earth observation satellite.

The ozone hole over Antarctica was slightly smaller in 2013 than the average for recent decades, according to data from NASA’s Aura satellite and the NASA-NOAA Suomi NPP satellite.