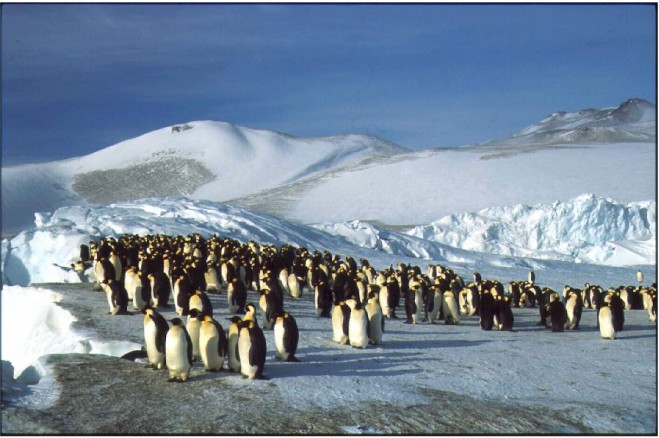 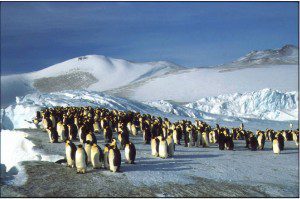 Using satellite imagery, researchers now will be able to monitor penguins for accurate increases or decreases in numbers; regional vs. continentwide trends; and basic biology, such as which factors influence their numbers.

“If you wanted to do what we did (from space) by putting people on the ground and counting heads at every single (penguin) location in one month in Antarctica, I would put money on it that it would never happen,” says researcher Michelle LaRue of the University of Minnesota’s Polar Geospatial Center.

It took about one month to collate enough images of the continent to count the birds. The previous estimate pegged the bird count between 270,000 and 350,000.

“The thing about emperor penguins in this research, in particular, is they are the proverbial canary in the coal mine as far as ecosystem health and climate change go,” says LaRue. “The implication for climate change is the ice loss. We already know one (previous to 2009 research) colony is gone due to the lack of sea ice in the area. So by understanding the relative health and status of the emperor penguin population, we can better understand the health of the Southern Ocean. And the reason people should care about that is because we fish in the Southern Ocean; we fish for krill, for Chilean sea bass. There are resources in the Southern Ocean that are important to us.”