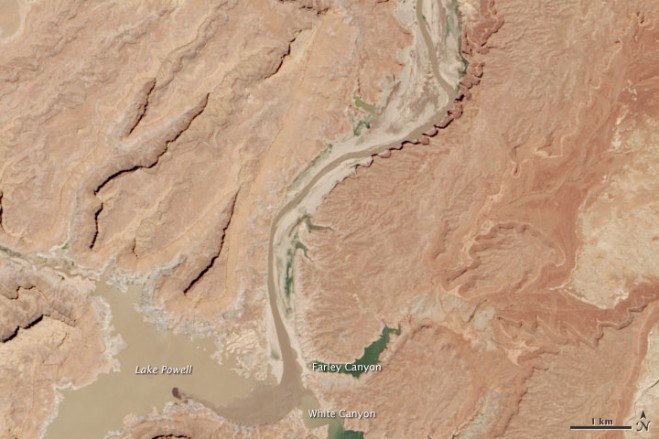 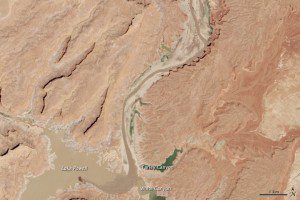 This image from NASA’s Landsat 8 satellite acquired May 13, 2014, shows the northern section of Lake Powell as a muddy Colorado River flows through a largely empty lakebed.

Lake Powell’s water levels fluctuate depending on how much water flows in from snow and rain and how much flows out to meet needs, but it has been dry in all but three of the last 14 years. 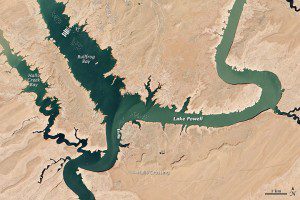 To ensure a steady water supply, the United States built a series of reservoirs throughout the 20th century. The two largest, Lake Mead and Lake Powell, sit behind massive dams on the Colorado River and provide water and electricity to several western states.

After 14 years of drought, Lake Powell was at 42 percent of its capacity as of May 20, 2014. The low water levels are evident in these images, which were acquired by the Landsat 8 satellite on May 13, 2014. White bleached rock show where Lake Powell’s shore is when the reservoir is at capacity.