April 9, 2014
Satellite Observes a Near Miss in Madagascar 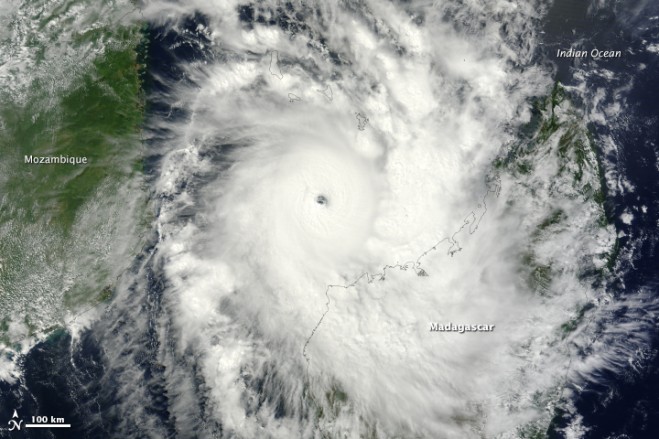 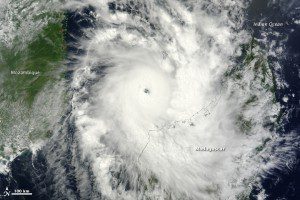 The Moderate Resolution Imaging Spectroradiometer on NASA’s Terra satellite acquired this image of Cyclone Hellen on March 30 in the middle of the storm’s rapid intensification. The storm had a distinct open eye and a classic tight circular shape. Its outer bands were already over northwestern Madagascar.

Fortunately, Hellen weakened substantially not long before it made landfall, minimizing the damage. Just before landfall, warning bulletins advised residents to prepare for periods of heavy rain and wind and a possible storm surge of 2 meters (7 feet).