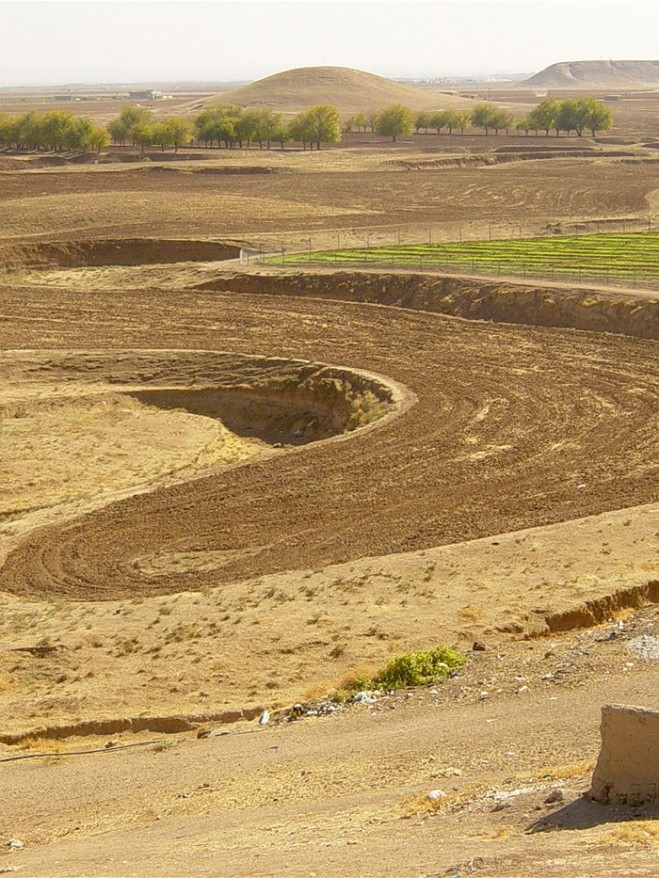 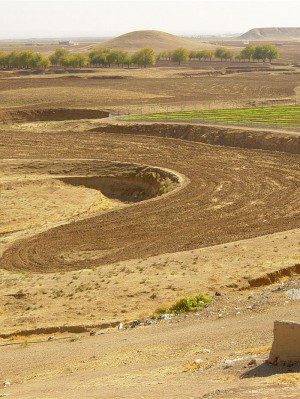 Tells, such as the two in the background of this image, are the result of new mud brick dwellings repeatedly built upon older flattened ones.

Software developed jointly by Harvard University researcher Professor Jason Ur and Dr Bjoern Menze of the Massachusetts Institute of Technology can identify the remains of homes from the satellite images. The software examines multiple satellite images, taken over a three-year period, to hone in on discolorations and mounds of soil characteristic of collapsed mud brick houses.

The area examined in the project covered about 23,000 square kilometres in what was once known as Northern Mesopotamia. The software identified about 9,000 potential archaeological sites, which far exceeds discoveries so far.