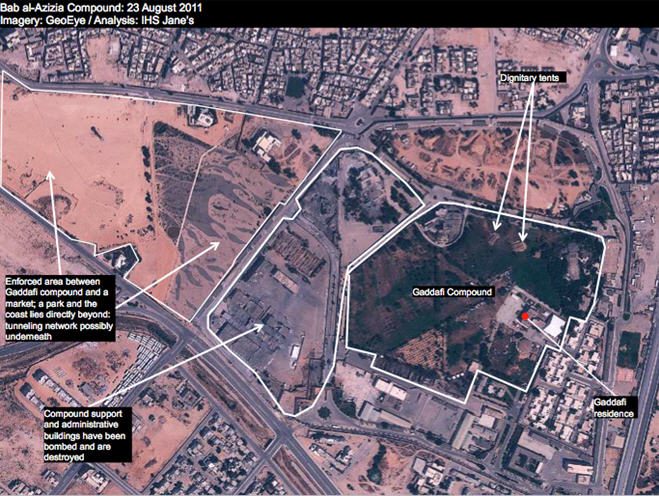 The world has been enthralled by the battle for Bab al-Azizia, Moammar Gadhafi’s foreboding Tripoli compound. Once inside, Libyan revolutionaries found the detritus of Gadhafi’s violent, eccentric rule—everything from rope gold chains to pervy pictures of Condoleezza Rice.

But the full story of Bab al-Azizia requires a more panoramic view. That’s where satellite imagery company GeoEye comes in. Using its GeoEye-1 satellite, the company collected these half-meter resolution images of Gadhafi’s hideaway, showing the fortifications the Libyan dictator possessed before and after the rebels breached the doors of Tripoli. The images include commentary from IHS Jane’s imagery analyst Allison Puccioni, who makes sense of it all. 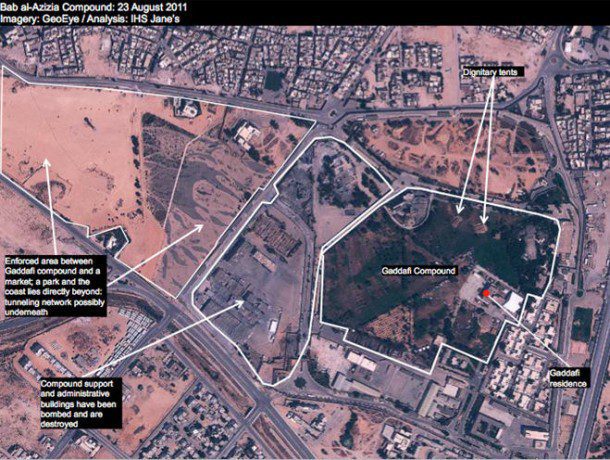 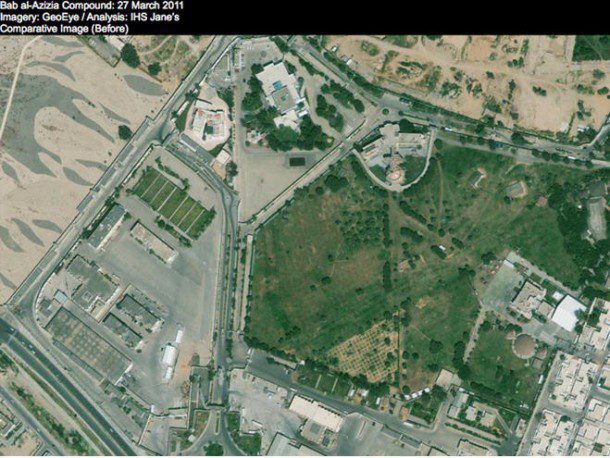 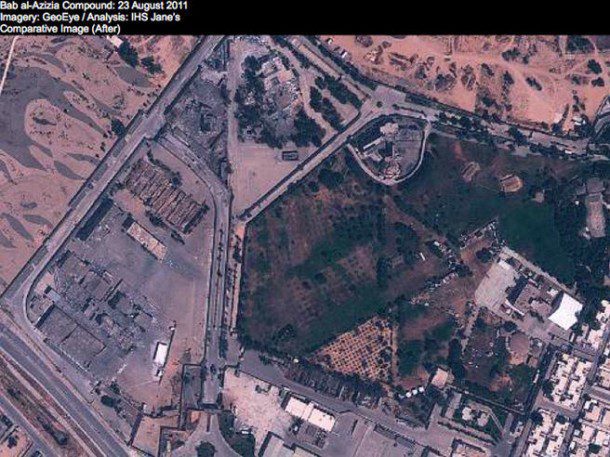 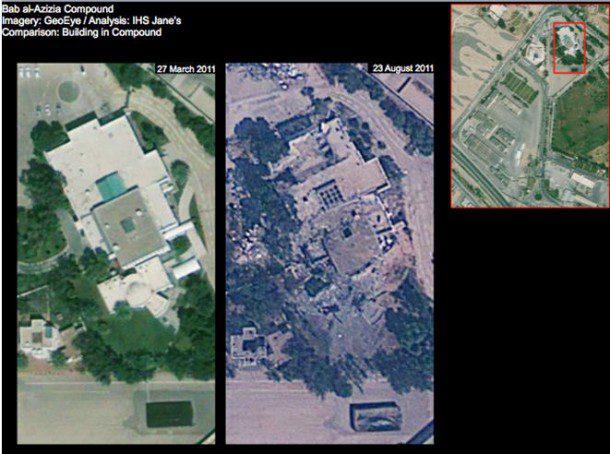 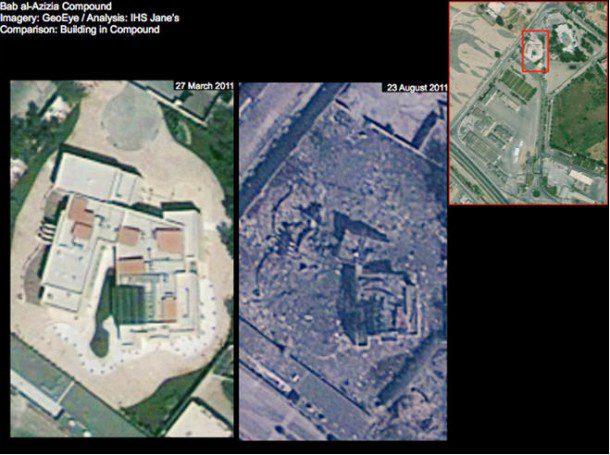 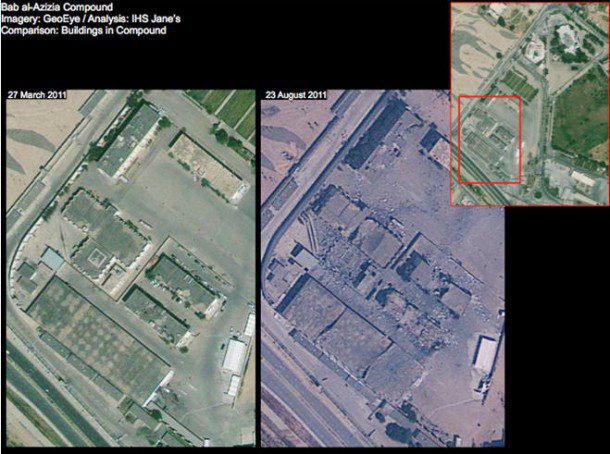 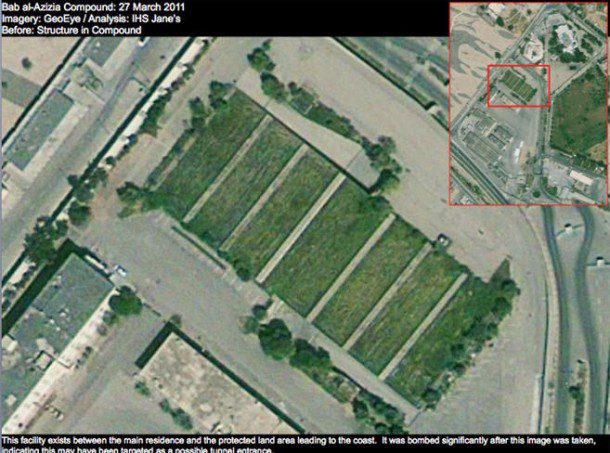 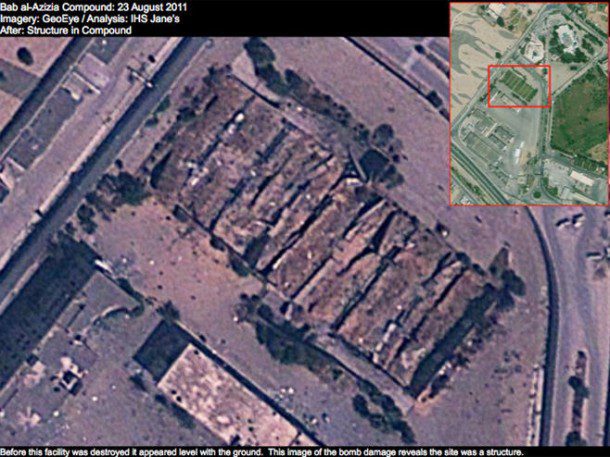 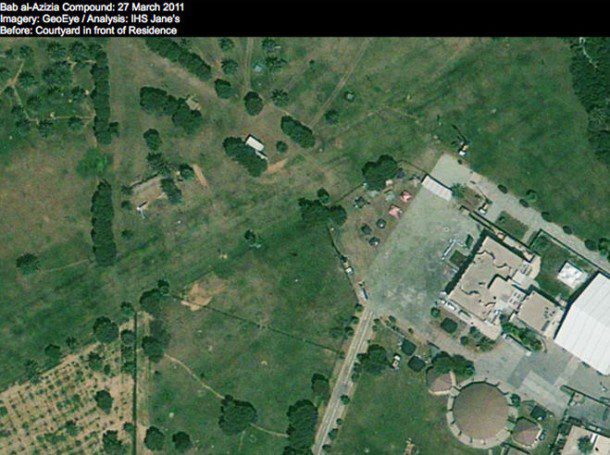 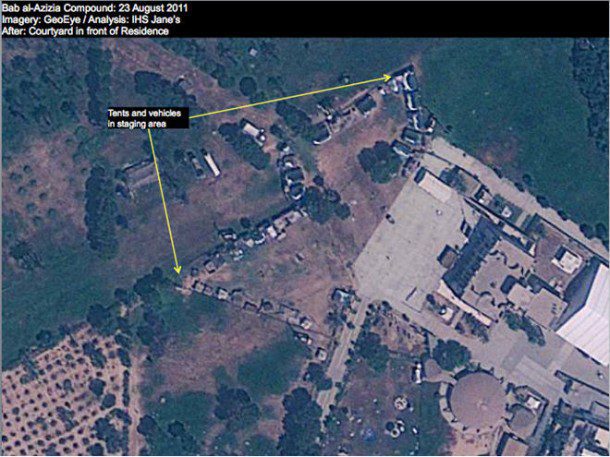 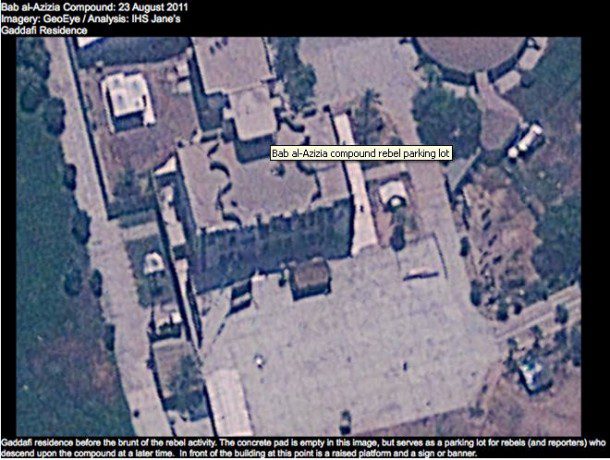 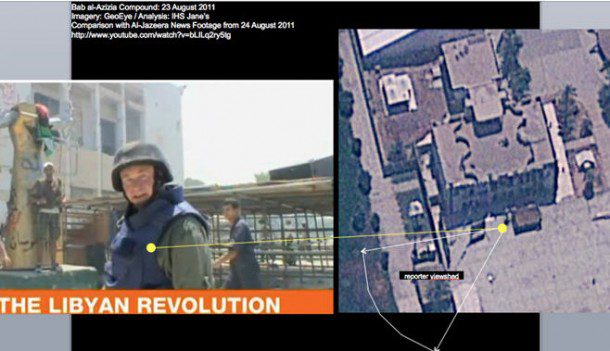 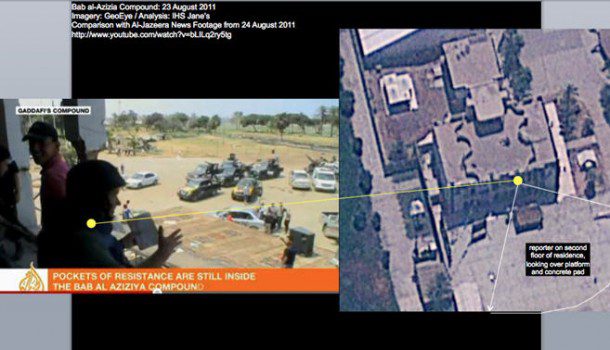 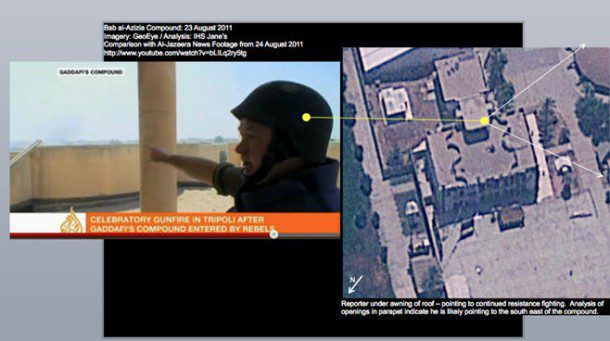