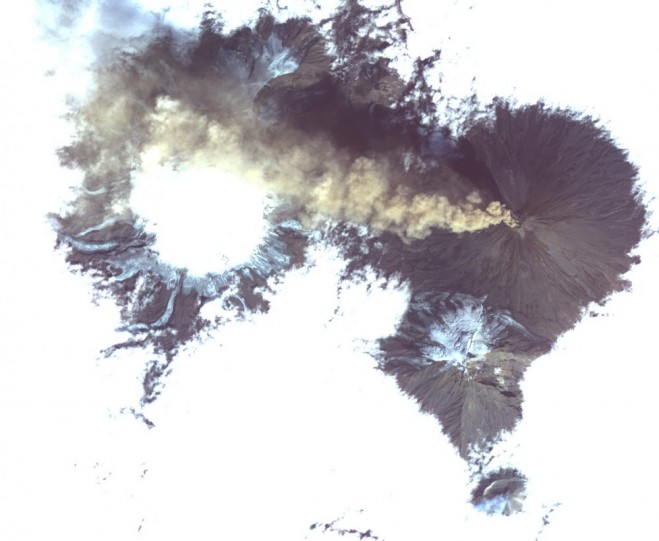 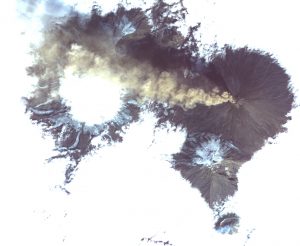 Shiveluch, one of the world’s most active volcanoes, is seen poking through above a solid cloud deck, with an ash plume streaming to the west. Located on the Kamchatka Peninsula in far eastern Russia, it is one of many active volcanoes on the peninsula. Nearby, to the south, the smaller Bezymianny volcano can be seem with a small steam plume coming from its summit.

With its 14 spectral bands from the visible to the thermal infrared wavelength region and its high spatial resolution of 15-90 meters (about 50-300 feet), ASTER images Earth to map and monitor the changing surface of our planet. The instrument was built by Japan’s Ministry of Economy, Trade and Industry. A joint U.S./Japan science team is responsible for validation and calibration of the instrument and data products.