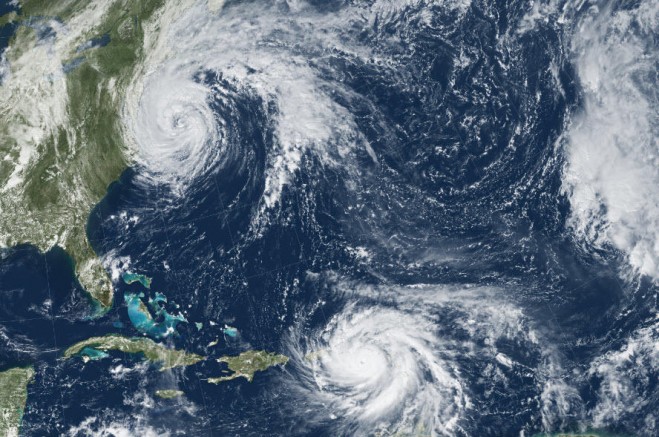 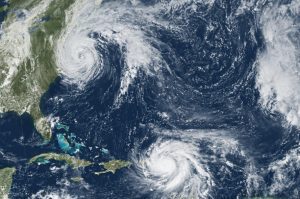 An image of Hurricane Maria and Tropical Storm Jose was acquired by the Geostationary Operational Environmental Satellite 13 on Sept. 19, 2017. The satellite is operated by NOAA, while NASA helps develop and launch the GOES series of satellites.

“USGS staff worked around the clock to keep HDDS populated with satellite and aerial imagery,” said Brenda Jones, who is the disaster response coordinator for the USGS Earth Resources Observation and Science Center (EROS).

Approximately 15,000 images were downloaded from HDDS following the three storms. Requests came from 48 government agencies, including the U.S. Senate, Foreign Agricultural Service, Department of Homeland Security, and the Centers for Disease Control and Prevention. As an example, Harvey dropped as much as 52 inches of rain in Houston, and the Federal Emergency Management Agency used data from HDDS to identify roads and other infrastructure that were underwater to better direct rescue efforts.

“Quick, easy and centralized access to high-quality imagery made it possible to create maps that were useful to disaster management authorities,” said Jones. “We haven’t had a hurricane season like this for a very long time, and the HDDS system proved invaluable to rescue efforts.”