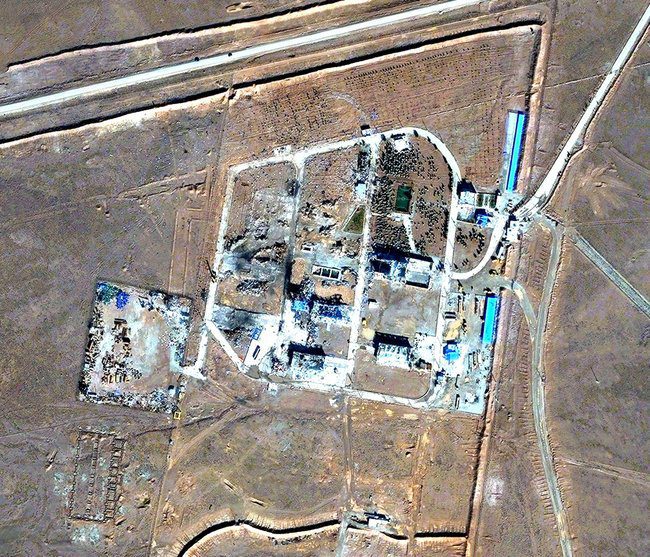 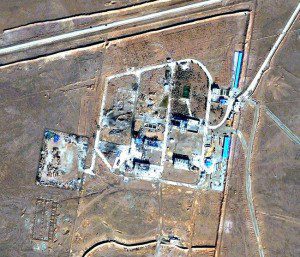 The force of the Nov. 12 explosion at a military base in Iran was so great that it shook windows in many surrounding towns.

Iranian authorities have called a recent explosion at a military base an accident that set back research work there by a few days, but satellite images reveal vast destruction and chaotic disarray across a sprawling complex composed of more than a dozen buildings and large structures.

The Institute for Science and International Security, a private group in Washington, D.C., made the satellite images public, along with an analysis of the damage. “It was pretty amazing to see that the entire facility was destroyed,” said Paul Brannan, the report’s author. “There were only a few buildings left standing.”

It was impossible to determine from the images whether the explosion had been a simple accident or an act of sabotage.

The force of the explosion was so great that it shook windows in many surrounding towns, according to Iranian news sites and witnesses quoted at the time. But no photographs of the blast damage were released by the Iranian government, which has become increasingly sensitive about its military capabilities as tensions escalate with the West over its missile and nuclear programs.

The base, set in an isolated patch of Iranian desert ringed by a security cordon, is about 30 miles west of Tehran and three miles west of the town of Bidganeh.

The explosion is already known to have killed 17 members of the armed forces, including a founder of the country’s missile program, Gen. Hassan Tehrani Moghaddam.

Hassan Firouzabadi, the Iranian military chief of staff, said on Nov. 16 that the blast occurred while researchers were working on weapons capable of delivering Israel a “strong punch in the mouth.” He also said their research would result in only a “short-term delay of a few days.” But it was hard to reconcile his appraisal with the obliteration seen in the satellite image.

The spy-satellite business, once a secretive monopoly of advanced nations, went commercial starting more than a decade ago. Today, a new generation of civilian satellites can peer down from orbit to see objects on the ground as small as two or three feet wide—enough to distinguish between a car and a truck.

On Nov. 22, a commercial satellite operated by DigitalGlobe snapped an image of the stricken base. It showed that most of its buildings had been destroyed or extensively damaged.

In its analysis, the Institute for Science and International Security noted that some of the destruction may have resulted from subsequent demolition of buildings and the removal of debris that may have occurred. But it also discounted that possibility.

“There do not appear to be many pieces of heavy equipment such as cranes or dump trucks on the site, and a considerable amount of debris is still present,” the report noted. “About the same number of trucks are visible in the image after the blast as in an image from approximately two months prior to the blast. Thus, most of the damage seen in theNov. 22, 2011, image likely resulted from the explosion.”

Mr. Brannan said the institute’s sources indicated that the blast occurred while rocket engineers were performing a volatile procedure with a missile engine. His report called the work integral to “a major milestone in the development of a new missile.”

Image courtesy of The Institute for Science and International Security