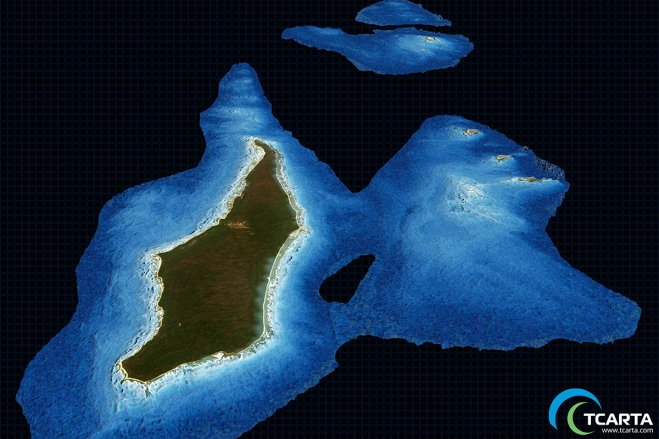 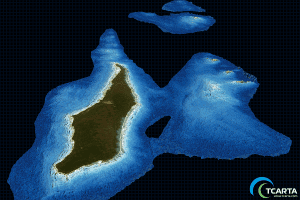 A satellite-derived bathymetry dataset is shown at a resolution of 10 meters.

The SDB dataset was generated by digitally extracting accurate water depth measurements from multispectral imagery acquired by the European Space Agency’s Sentinel-2 satellite. The resulting bathymetric data had a point spacing of 10 meters with measurements to a depth of 15 meters. The deliverable covered a 30-square-kilometer area around Preparis Island in the Bay of Bengal.