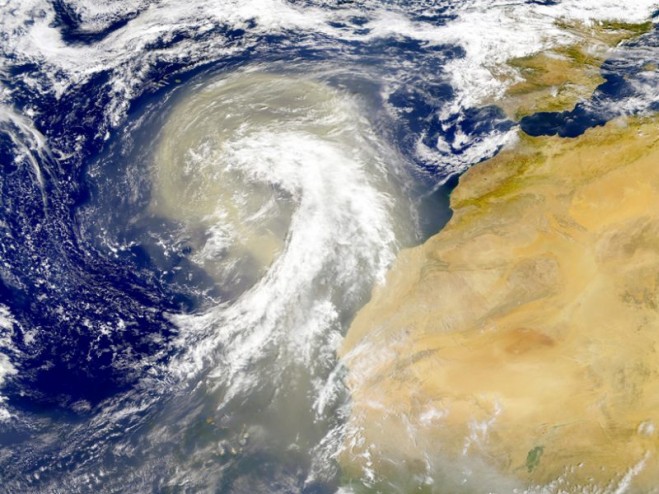 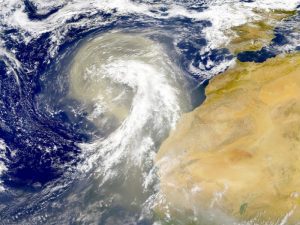 A dust plume from the Sahara Desert streams out over the northeast Atlantic Ocean. Researchers are using satellite imagery to better predict how tiny aerosol particles may influence the global climate. (Credit: NASA Visible Earth)

Despite aerosols’ known impact on Earth’s temperature, major uncertainties plague current estimates of their overall effects, which in turn limit the certainty of climate-change models. To reduce this uncertainty, scientists combined new satellite data, providing, for the first time, data on aerosols’ ability to absorb or reflect light globally.

In this new study, the team focused on the direct effects of aerosols on shortwave radiation in 2006. These effects depended on the particles’ vertical location with respect to clouds, the reflective properties of the underlying land or water, and the optical properties of the aerosol particles themselves, including how much light they’re prone to scatter or absorb.