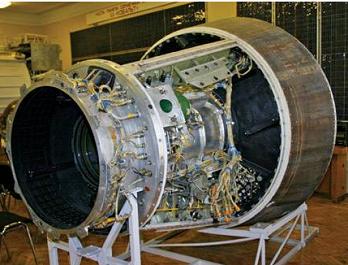 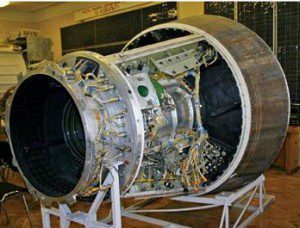 The design of the Russian Kobalt-M spacecraft is such that it has two small capsules on board, allowing it to return film back to Earth inside the main cone-shaped re-entry vehicle.

In the first of three launches within several hours on May 17, 2012, a Russian Soyuz-U kicked off a busy day with the launch of the film-based Kobalt-M spy satellite. With an interesting appearance, the Kobalt-M is classed as a modernized version of the Yantar spacecraft. It is understood to be a military reconnaissance spacecraft by nature.

Kobalt-M satellites weigh 6.7 tons and contain three re-entry vehicles for returning film. Yes, a quarter century after the United States stopped using this method, Russia continues to use film instead of digital image capture for some of its recon birds. In the United States, the last generation of film-using spy satellites, the Keyhole 9 (or KH 9), was used in 1984. The KH 1 through 9 satellites sent film back in canisters (for high-resolution pictures) to be developed.