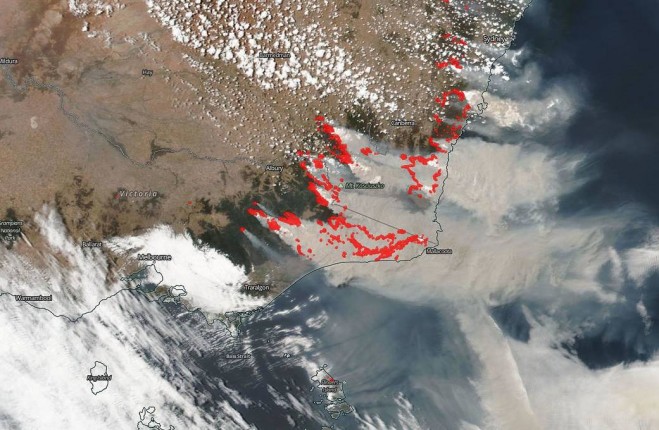 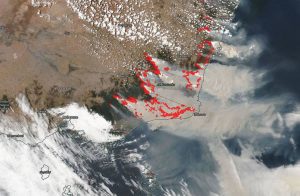 NASA satellite data continues to provide a look at the smoke and aerosols generated by the massive fires in Australia. Although rain recently fell on parts of the fire-ravaged areas in New South Wales and Victoria, Australia (and in some areas the rain was torrential), officials already warned residents that the fires (and resultant smoke and aerosols) will return to their former state with a vengeance on Jan. 9, when hot, dry weather and winds return. The next misery facing Australia is the chance that fires will soon merge, creating mega-fires to fight in the already devastated areas.

Rains should do nothing more than give residents a moment to regroup before the fires regain their former wrath. Even with the respite from the rain, the haze and smoke in the area remains in the hazardous range.

NOAA/NASA captured this stunning satellite image of the areas affected by the fire and smoke on Jan. 4, 2020. The rains didn’t come in to affect the fires until Jan. 5-6. In this satellite image, the smoke coming off the fires can be clearly seen as billowing clouds of brown-gray in three separate plumes from north to south.