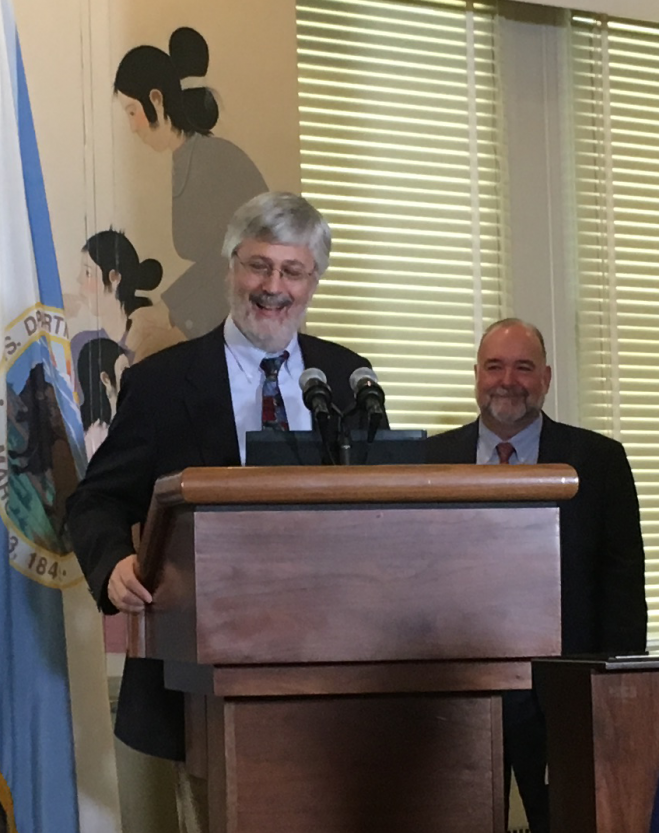 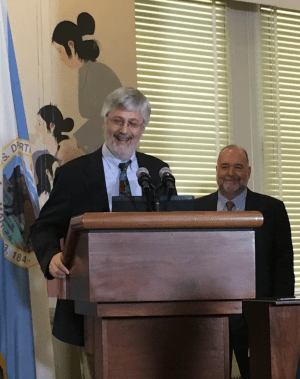 Sponsored by the Department of the Interior’s U.S. Geological Survey (USGS) and NASA, the award has been presented annually since 1974 to recognize outstanding contributions of individuals and groups toward the understanding of Earth through remote sensing. The award honors the memory of Dr. William T. Pecora, former Director of USGS and Under Secretary of the Interior, a motivating force behind Secretary Udall’s 1966 announcement for the establishment of civil remote sensing of Earth from space.

After joining Boston University in 1984, Woodcock co-founded the Center for Remote Sensing and served as chair of the Department of Geography for 13 years. His seminal work on scaling and geostatistics during the 1980s continues to influence the way people understand remotely sensed imagery. Woodcock also led the Landsat Science Team for nearly 10 years, and he played a key role in opening and expanding the Landsat archive.

For more than 17 years, the TRMM team conducted innovative precipitation science and developed widely used applications that have benefitted society. The mission, launched in late 1997 and ended in 2015, was a joint endeavor between NASA and the Japan Aerospace Exploration Agency (JAXA). Its equatorial orbit and the sustained length of the data record, combined with the first-time use of active and passive microwave instruments, made TRMM the world’s foremost satellite for the study of precipitation and associated storms and climate processes in the tropics.