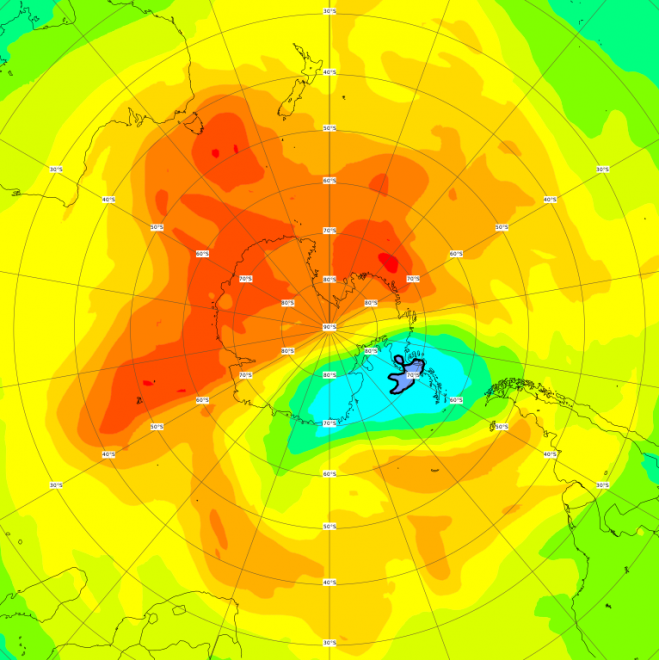 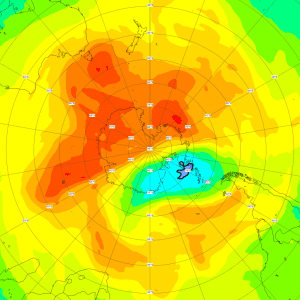 This map is centered on the Antarctic region. Areas colored yellow, orange and red depict a high concentration of ozone, whereas green and blue areas are ozone depleted.

The size of the ozone hole fluctuates—usually forming each year in August, with its peak in October, before finally closing in late November or December. Not only will the hole close earlier than usual in 2019, but it is also the smallest it has been in 30 years owing to unusual atmospheric conditions.

Antje Inness, CAMS Senior Scientist commented, “The ozone hole’s maximum extent this year was around 10 million square kilometers, less than half of the size the ozone hole usually reached in the last decades. This makes it one of the smallest ozone holes since the 1980s. Our CAMS ozone forecasts predict that the ozone hole will close within a week.”