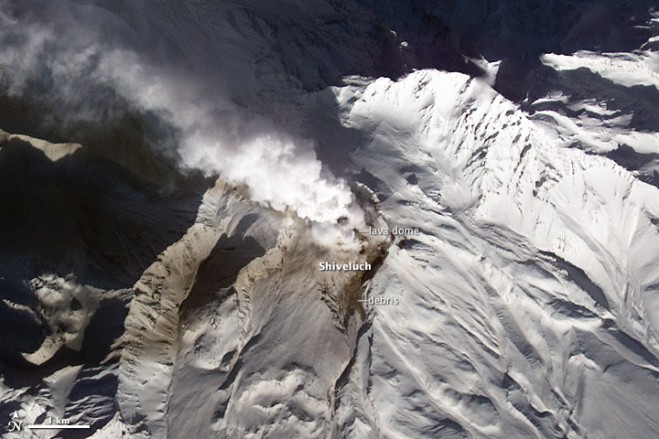 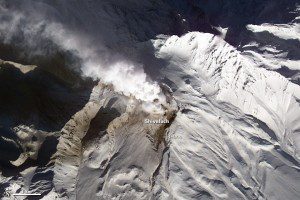 Separated by only 180 kilometers, Kamchatka’s Shiveluch, Bezymianny, Tolbachik and Kizimen volcanoes were seen erupting by NASA’s Terra satellite during a single pass on Jan. 11, 2013. 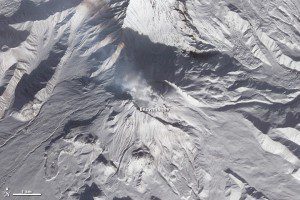 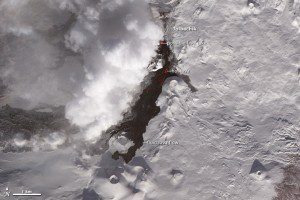 These four false-color (near infrared, red, and green) images show Shiveluch, Bezymianny, Plotsky-Tolbachik and Kizimen in detail. The Shiveluch and Bezymianny eruptions are both characterized by growing lava domes—thick, pasty lava that forms a mound as it is extruded.

Tolbachik, one of the few shield volcanoes on Kamchatka, is erupting in a dramatically different manner. The thin, runny lava flows easily, forming low and broad flows similar to those in Hawaii. In this image, the lava remains hot enough to glow in near-infrared light. 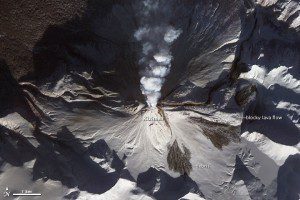 Kizimen’s lava is not as viscous as that at Shiveluch and Bezymianny, but not as fluid as Tolbachik’s. The intermediate lava forms thick, blocky flows bordered by tall levees. Rocks and ash frequently fall from Kizimen’s summit and the fresh lava flow on its eastern flank, creating dark, fan-shaped debris deposits.