September 13, 2011
Oklahoma to Unmanned Aircraft Makers: We Want You! 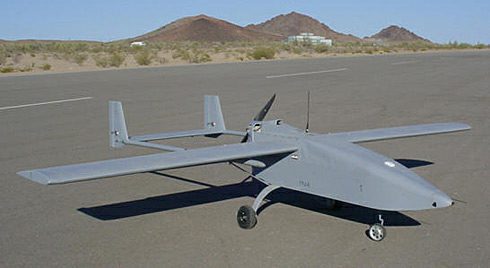 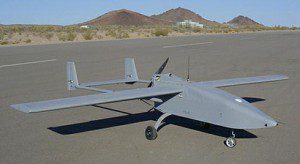 Oklahoma State University’s Tigershark unmanned aerial vehicle (UAV) is one of many being developed in Oklahoma, which has a coordinated program to pull in companies that design and manufacture UAVs.

“We have a unique capacity other states don’t have,” Fallin said.

Fallin was the only governor to attend the recent Association for Unmanned Vehicle Systems International convention in Washington, D.C. The conference drew 8,000 people and more than 500 vendors interested in unmanned vehicles for the land, sea and air.

Experts say UASs could take over a wide range of difficult, dirty jobs in the near future—from crop spraying to pipeline inspection to investigations of animal migration.

“I think the technology maturation has advanced to where we’re at the tipping point,” said Michael Toscano, president and CEO of the Association for Unmanned Vehicle Systems International. “You may see a tremendous improvement in the quality of life for mankind. I don’t mean to sound grandiose, but that’s where we’re at.

“This technology is coming fast and furious, and it’s going to help mankind.”

According to McKeever, Oklahoma has many assets leading that change.

The state has several small companies already working in the field, representing about 1,000 workers. Perhaps as important are the 150,000 Oklahomans working in other aerospace fields, especially at Midwest City’s Tinker Field and Tulsa’s private air facilities.

“We have significant expertise,” McKeever said. “We have a technical workforce and knowledge base on aircraft on which we can build a new direction in the unmanned aerial systems area.”

Fort Sill in Lawton also has a 40,000-foot restricted air space for testing UASs with potential military uses. That allows developing technology to be tested quickly and safely, a valuable and rare asset, according to McKeever.

The state would like to enhance that by creating an air corridor between Lawton and Burns Flat, home of the longest runways in North America, to allow further flights of UASs that have Federal Aviation Administration (FAA) approval for use in unrestricted air space.

McKeever recognized that it all sounds a bit like science fiction—pilotless aircraft flying around performing all sorts of jobs—but he emphasized that the vast majority of potential civilian UASs would be small and would fly at low altitudes.

“It’s not like there are going to be thousands of commercial-sized aircrafts flying through the air with nobody on board,” McKeever said.

“… I don’t believe any other state has a coordinated program or effort to pull the industry in a systematic way like Oklahoma is talking about,” he said.

“Oklahoma is in this for the long term. So we’re not looking for success overnight, and if we don’t get it, we’re going to take our football and go home. That’s not the case.”