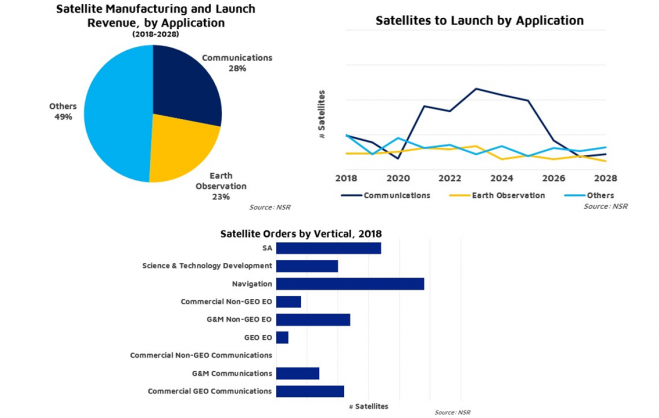 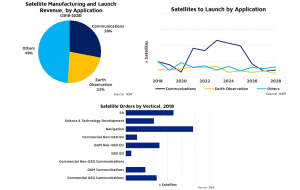 NSR’s Satellite Manufacturing and Launch Services, 9th Edition report finds despite a few slow years, 1,155 satellites larger than 500 kilograms are expected to be ordered—with 1,285 to be launched—in the next decade. Between end-of-life replacement demand from most government and military applications, such as situational awareness, and new demand from science and communications applications, the market for satellite launch and manufacturing is expected to grow robustly over the next decade.

Both GEO and non-GEO markets will remain stable. The latter is expected to dominate, with more than $140 billion in cumulative manufacturing and launch revenues. Government/military satellites will dominate the overall non-GEO market, as most commercial non-GEO systems are less than 500 kilograms. The GEO commercial market will experience a steady transition, as manufacturers and launch service providers try to creatively address the tailored requirements of operators.