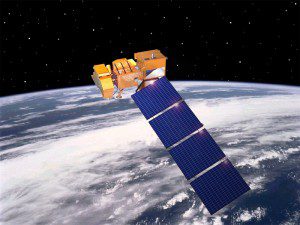 Ongoing technical problems with the Landsat 7 satellite are among the growing concerns that U.S. Earth observation capabilities are beginning to decline.

The projected loss of observing capability will have profound consequences on science and society, from weather forecasting to responding to natural hazards,” said Dennis Hartmann, professor of atmospheric sciences at the University of Washington, Seattle, and chair of the committee that wrote the report.Â “Our ability to measure and understand changes in Earth’s climate and life support systems will also degrade.”

The report comes five years after the Research Council published “Earth Science and Applications from Space: National Imperatives for the Next Decade and Beyond,” a decadal survey that generated consensus recommendations from the Earth and environmental science and applications community for a renewed program of Earth observations. The new report finds that although NASA responded favorably and aggressively to the decadal survey, the required budget wasn't achieved, greatly slowing progress. Changes in program scope without commensurate funding, directed by the Office of Management and Budget and by Congress, also slowed progress.Â According to the report, a further impediment is the absence of a highly reliable and affordable medium-class launch capability.